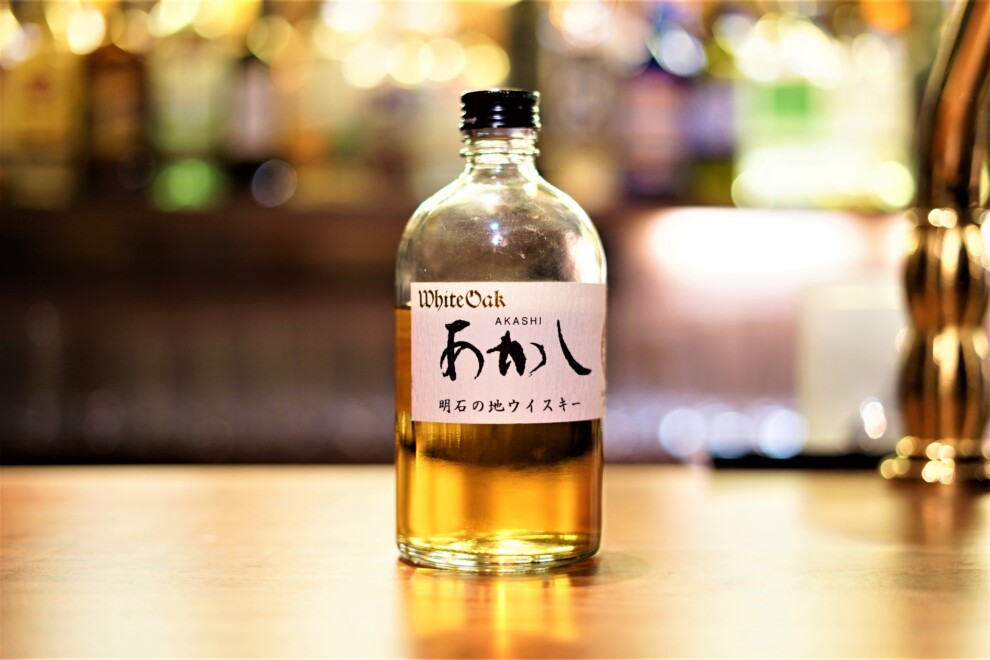 Akashi is a brand of whiskey produced by the Eigashima Sake Brewery, which produces a variety of alcoholic beverages including sake, wine and brandy.
The name “Akashi” is derived from the city of Akashi, Hyogo Prefecture, where the brand was born.
The company is also known as the brewer of “Kamitaka” sake, and also produces Western-style liquors such as “White Oak Whisky” blended whisky, “Charman Brandy” and “Charman Wine” .
Since around 2011, the company has also been focusing on overseas exports, and is particularly popular in France, with 90,000 bottles exported.
This cask series is a great value lineup that is cosmetically pleasing, accessible yet special.

Akashi is made at the White Oak Distillery in Eigashima, Akashi City, Hyogo Prefecture.
The name of the distillery is now changed to Eigashima Distillery in order to make it easier to understand for foreign tourists.
The distillery is famous for being the closest distillery to the sea in Japan and is also the westernmost single malt whisky distillery in Japan.
As a small fishing village, Eigashima enjoys a pleasant climate throughout the year and benefits from a warm oceanic climate right next to the Akashi Strait in the inland sea.
A license to produce whiskey and wine was obtained in 1919.
The first distillation of whiskey in Japan took place at the Yamazaki Distillery in 1923, but it was the Eigashima Distillery (formerly the White Oak Distillery) that received the first patent for whiskey distillation in Japan in 1919.
In 1919, Masataka Taketsuru, the father of Japanese whiskey, went to Scotland to learn about whiskey distilling.
It is amazing that the White Oak Distillery existed at such an early stage.
However, although the patent was obtained, the correct method of whisky making was not handed down, and it is said that what was being made at that time was imitation whisky. 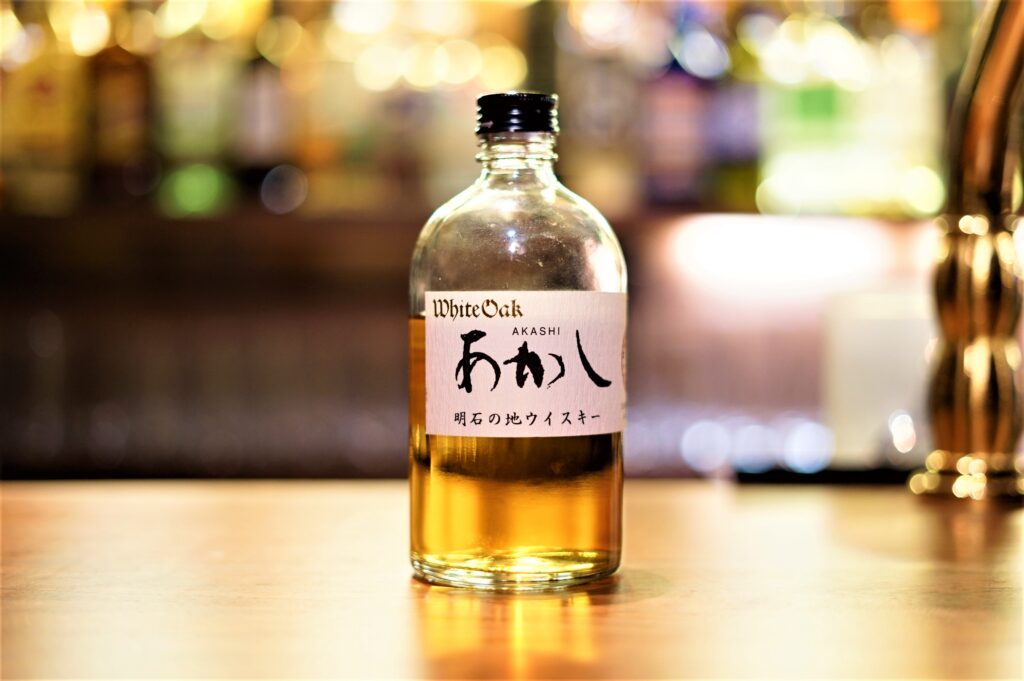 This is a Scotch-type blended whisky made from 100% English malt, with a sweet aroma and smooth mouthfeel produced by continuous distillation. This is a local whisky from Akashi with a gorgeous malt aroma and a light, slightly dry taste that is easy to drink. It is best served on the rocks or in a highball.
When you pour it into a glass and smell the aroma, you will feel the strong stimulation of alcohol, but from the back of the glass, you will feel an aroma similar to that of toasted bread.
On the palate, the aroma becomes stronger, with sweet notes of rum raisins and barley chocolate.
The taste is generally sweet and not too harsh, even straight.
On the rocks, as the water is added, the smokiness of the peat begins to spread and the taste becomes more complex with the addition of acidity. In fact, the more water is added, the more satisfying the drink becomes. 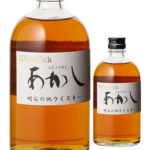 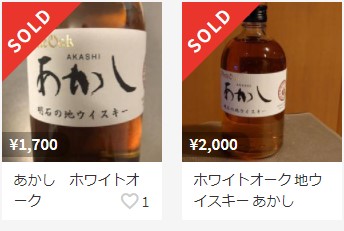 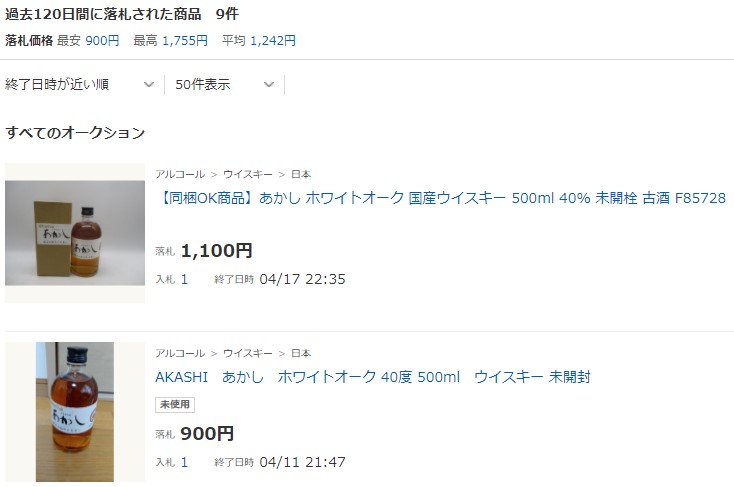 It is characterized by a mouthfeel that is easy to sip. If you enjoy it on the rocks, the ripe fruit-like aroma and rich, mild sweetness will stand out even more.
Even if you drink it as a highball, the impression will not be weakened. You will be able to fully enjoy the unique character of Akashi, which has a core of freshness.
Akashi is a unique local whiskey made by Eigajima Shuzo, which has adopted the traditional methods of Japanese sake while maintaining the authentic Scotch style. It is a whisky that will satisfy even the most discerning whisky connoisseur.