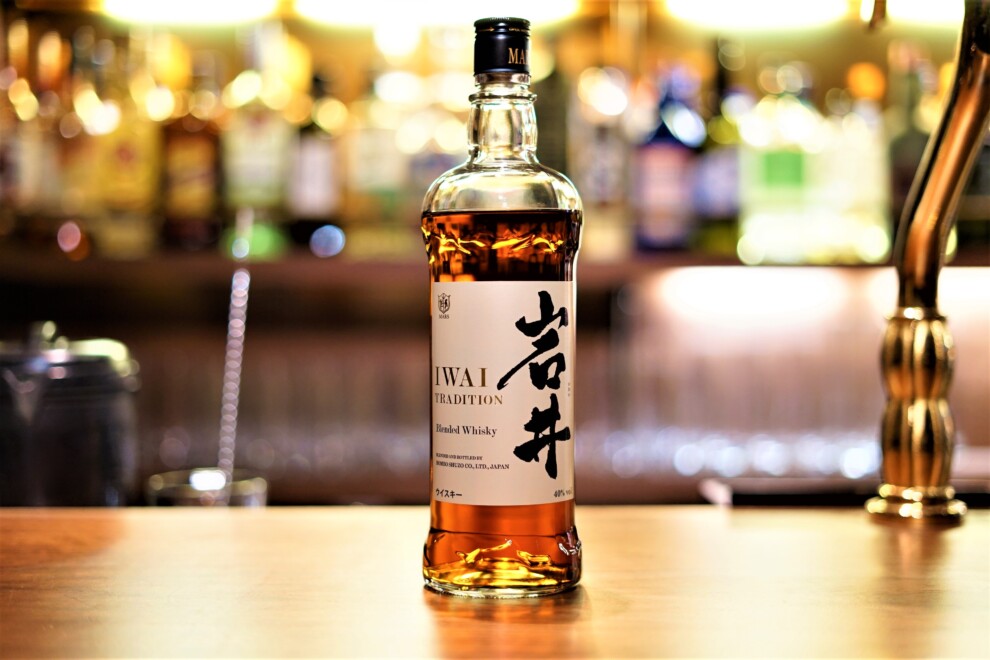 “Iwai Tradition” is a commemorative blended whiskey released in 2010 to honor the achievements of Kiichiro Iwai, who supported Hombo Shuzo in its early days of whiskey making. More than half a century of Hombo Shuzo’s whiskey making techniques and experience have been poured into this whiskey. 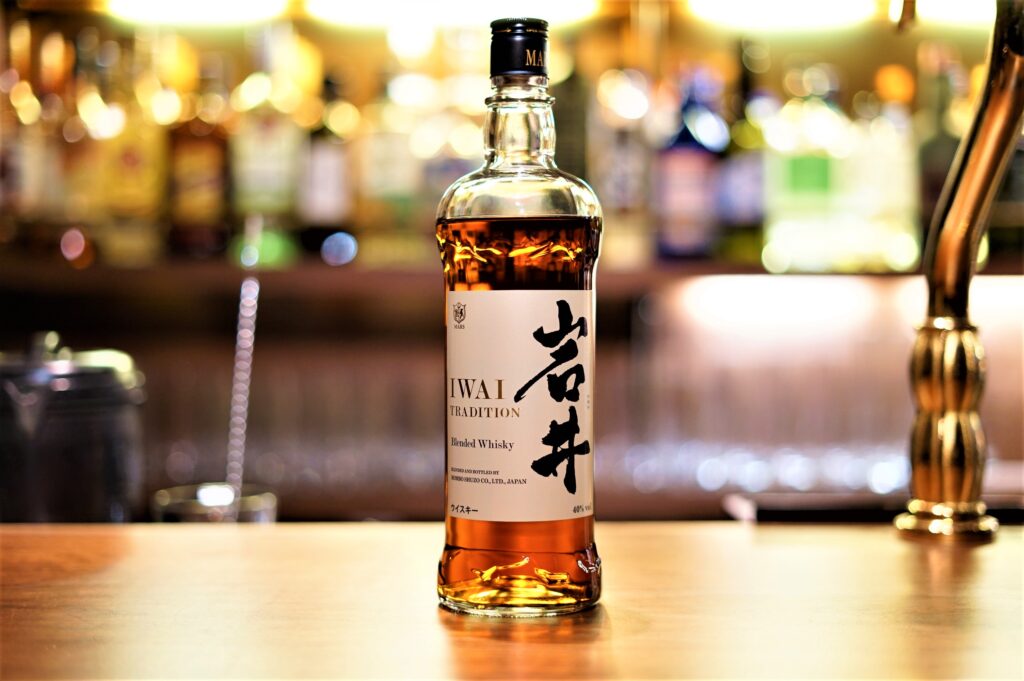 It is characterized by a complex and pleasant aroma, gentle and soft on the palate, but with a firm body and a sense of maturity. Elegant and dignified taste. By vatting various cask types and peated malt raw materials in a perfect balance , you can enjoy an elegant softness on the palate and a balanced harmony with each taste. It is a blended whisky.

Received the Silver Medal and the highest Outstanding score at IWSC in 2013. 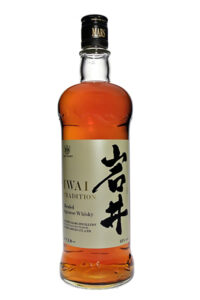 It is another rank higher than Mars Whisky’s “Twin Alps” in both price and taste. It is a whisky that can be enjoyed on the rocks, or split as you like without any hesitation in terms of price. The aroma and taste are mellow and rich, and the flavor lingers for a while even with a very light splash of water. The aroma also lingers for a while. It can also be enjoyed in a highball or on the rocks, and as you continue to drink it, you will start to feel a slight sweetness.

Honbo Shuzo is famous for Mars Shinshu Distillery, but recently, they have been releasing whiskeys from Tsunuki Distillery one after another, creating high quality Japanese whiskeys such as “Tsunuki the First” and “Tsunuki Peated” .

Both the Mars Shinshu Distillery and the Mars Tsunuki Distillery are currently offering tours of their distilleries, although there are some restrictions, so if you are interested, why not visit them?

■ Please check out the other articles about Iwai Tradition.