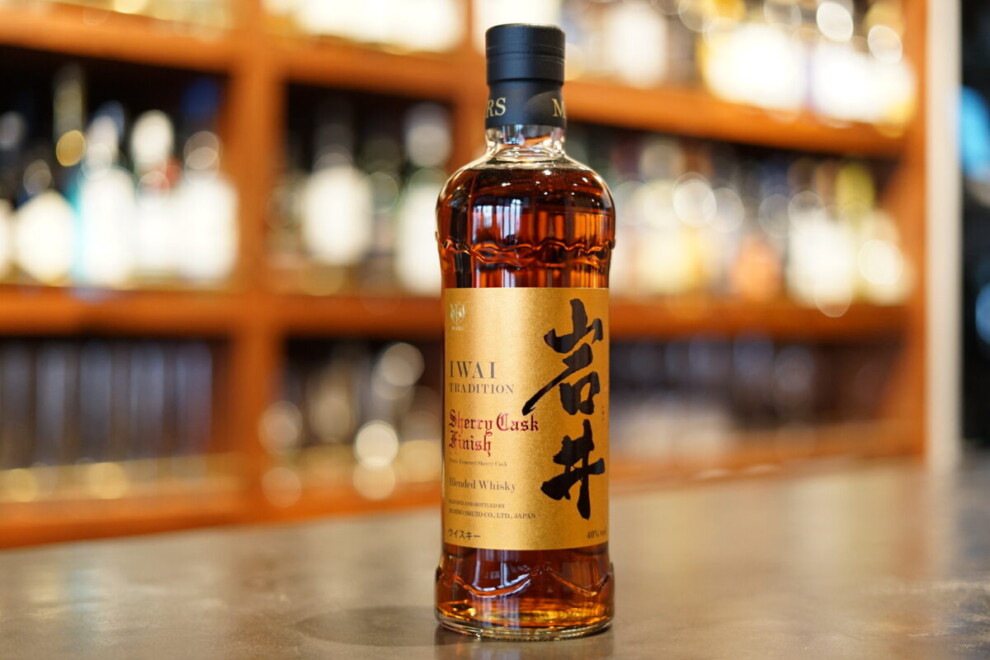 Iwai Tradition is a blended whisky that has been additionally aged (finished) in empty sherry casks used for Pedro Ximenez, an ultra-sweet sherry. In addition to the rich flavor of Iwai Tradition, you can feel the well-balanced aroma of brown sugar and maple syrup derived from sherry casks and the elegant sweetness. The sweetness in the mouth had a greater impact than the aroma. The mellow sweetness derived from Pedro Ximenez comes rushing in. It is a whisky that ends with sweetness from start to finish, with almost no alcohol (tingling or tingling on the tongue). There is not much complexity, and it is a bit monotonous, but it is easy to drink and recommended for those who have never been good at whisky or those who prefer sweet whisky.
The best way to drink it is straight. You can simply feel the “sweetness” that is the characteristic of this whisky. If you add water, the sweetness becomes weaker (thinner), so if you are not comfortable drinking it straight, you can drink it on the rocks to enjoy the change in sweetness. If you want to drink it as a highball, I think a 1:1 highball with soda would be delicious.
If you prefer the maltiness and peatiness of scotch, you may find it lacking.

Speaking of Hombo Shuzo, the Mars Shinshu Distillery is famous for its blended whisky “Iwai Tradition” and single malt “Komagatake” , but recently, the company has been releasing whisky from the Tsunuki Distillery one after another, including “Tsunuki The First” and “Tsunuki Peated” . The distillery has been producing high quality Japanese whiskeys.
In addition, there is an aging cellar in Yakushima, where whiskeys distilled at the Shinshu Distillery and the Tsunuki Distillery are aged on Yakushima for commercialization. Since the average temperature is high in Yakushima, the aging process seems to go faster. Even if the whiskey is distilled at the same time, there is a difference in the taste of the whiskey even if it is aged for the same period of time, depending on whether it is aged in Shinshu or Yakushima.
Both Mars Shinshu Distillery and Mars Tsunuki Distillery offer distillery tours with some restrictions, so if you are interested, why not visit them?

Please check out the other articles about Honbo Shuzo and Iwai Tradition.

[Review] IWAI TRADITION Wine Cask Finish
It is a blended whiskey that was further aged (Finish) for more than a year by putting "Iwai Tradition" named after Kiichiro Iwai, who played a part in the creation of...
【Review】The Lucky Cat Choco
The Lucky Cat is a series of blended whiskies created using the blending techniques of Mars Whisky, with a motif of unique cats.The Lucky Cat series was launched six years ago i...