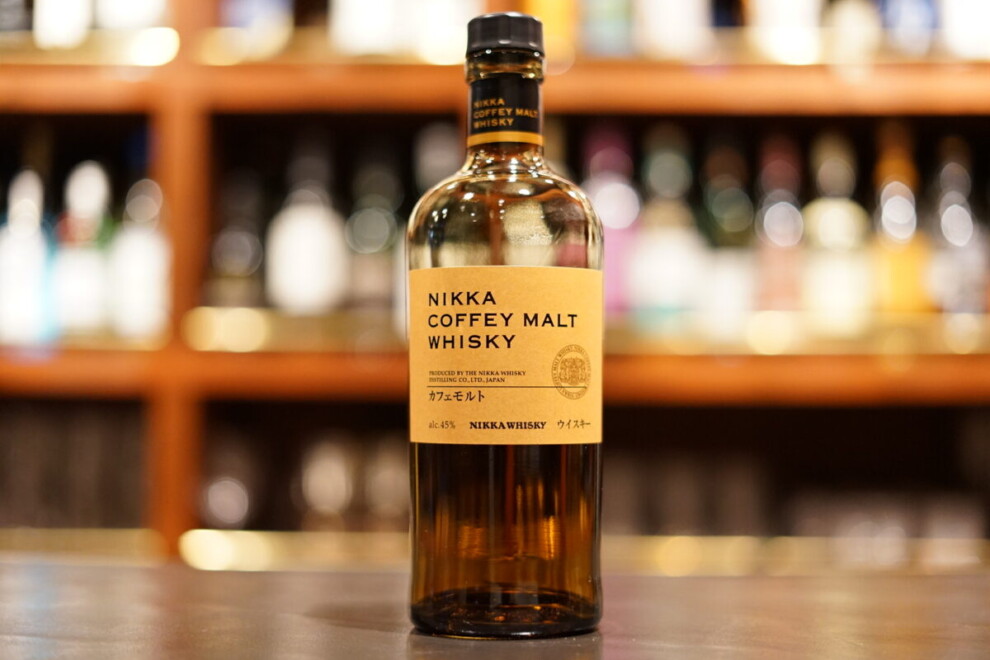 “Nikka Coffey Malt” is a whiskey made using Nikka Whisky’s traditional café-style continuous distillation system (café still). While grain whiskey made in café stills is generally made from corn, Nikka has been challenging to make a new flavored whiskey by distilling barley malt in café stills.

The Yoichi Distillery in Hokkaido is known as the Scotland of Japan. It was established in 1934 by Masataka Taketsuru, also known as Masan, whose predecessor was Dainippon Fruit Juice Co. Masataka Taketsuru believed that a place similar to Scotland Cool and humid climate, rich water source and clean air Masataka Taketsuru believed that a place with all of the characteristics of Scotland was essential for making ideal whiskey, and he chose Yoichi, located at the base of the Shakotan Peninsula, west of Otaru, from among various candidate sites.
Masataka Taketsuru’s goal for his first distillery was to create a heavy and powerful malt whiskey. He was determined to replicate the whiskey-making methods he had learned at the distilleries of Scotland, without compromise. The symbol of this commitment is “direct coal distillation” . This distillation method is based on the method of the Longmorn distillery, where he learned it himself. If it is necessary to make genuine whiskey, we will protect it even if it is inefficient. Such passion, which can be said to be the origin of Nikka Whisky, and Masataka Taketsuru’s dream have been handed down to this day.

It has been about 30 years since the first distillery was started in Yoichi, Hokkaido. Masataka Taketsuru, who believed that “whisky becomes richer and more flavorful by blending multiple raw materials from different distilleries” desperately needed a second distillery.
Taketsuru chose Miyagikyo in Sendai, Miyagi Prefecture. It is a lush green gorge blessed with two clear streams, the Hirose River and the Shin River. When Taketsuru visited this place for the first time, he drank some of his Black Nikka in the clear water of the Shin River and confirmed the taste. It is said that he decided to build the distillery on the spot. The pride of the Miyagikyo distillery is its “café-style continuous distillation machine” .
At the time of its introduction, this distiller was already considered obsolete. Because it was an old-fashioned distillation machine, it was prone to leaving behind miscellaneous flavors, but Taketsuru chose to use this old-fashioned distillation machine because the technology could transform them into the original aroma and sweetness of the ingredients. At the Miyagikyo Distillery, people who have inherited Taketsuru’s passion are still continuing to make various attempts to make whisky taste better.

The founder of the company, Masataka Taketsuru, said, “If we don’t start using grain whiskey, Japanese whiskey won’t be able to be called a full-fledged whiskey” . It is indispensable in balancing the unique malts of Yoichi and Miyagikyo. This is then brought together by the blending techniques that have been handed down from Mr. Taketsuru. 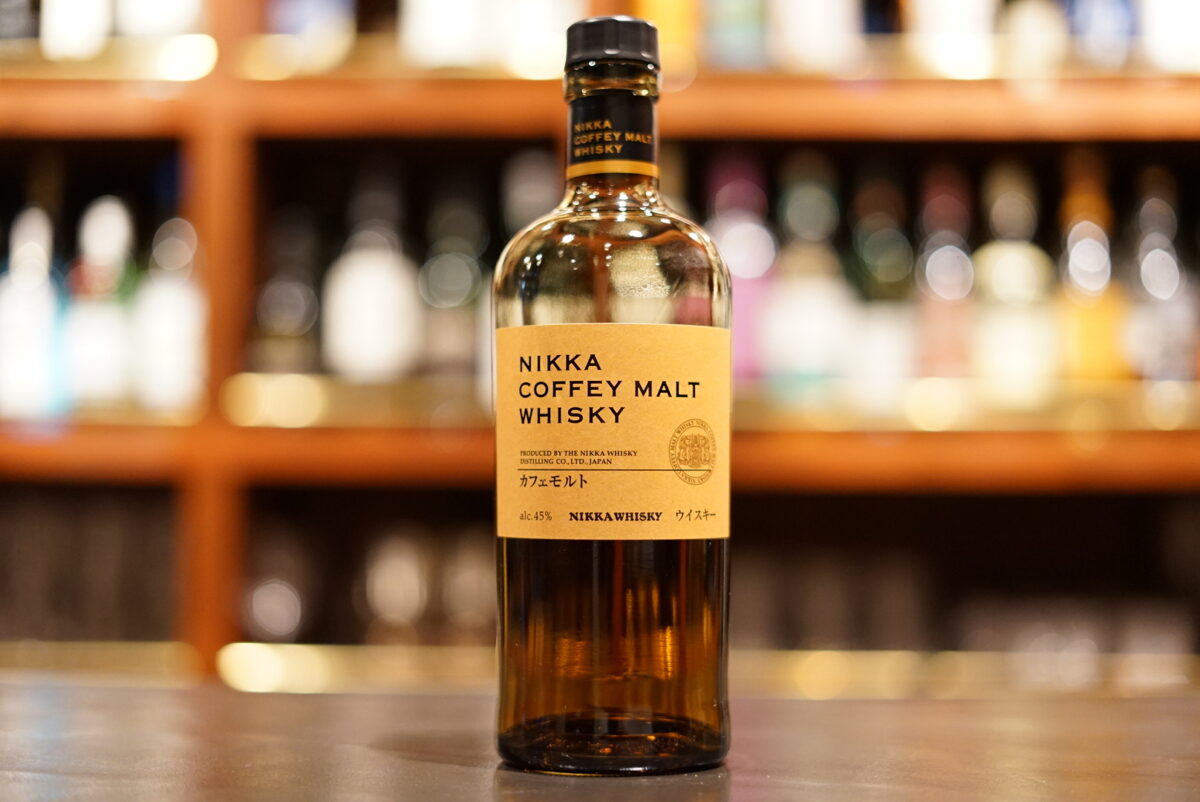 The sweetness and aroma of malt that can only be felt in a cafe style.

The sweetness and aroma of malt, a hint of vanilla, and a light malt flavor are in harmony. It is characterized by a light and smooth mouthfeel, a creamy sweetness that spreads softly, and a clean and refreshing aftertaste.
The aroma is very powerful and well-balanced, with each parameter being overwhelmingly strong, even surpassing that of Cafe Grain. 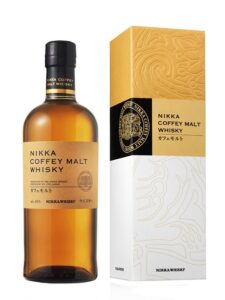 The aroma before drinking conveys a caramel-like scent behind the stimulation of alcohol.
When you drink it straight, the first thing you notice is a rubbery or sulfuric aroma, followed by a sweet banana-like scent. It also has a woody aroma in the back.
When you taste it, there is some alcohol pungency, but the banana-like taste and the nutty taste come from the back of the bottle.
When water is added, the aroma in the nose gives the impression of a vinegar-like stimulus.
As it rolls on the tongue, the sweet aroma becomes milder and the malt and woody notes come forward.
On the palate, as if an extension of the vinegar aroma mentioned earlier, acidity is added, giving the impression of added depth.
The sweetness and aromaticity of the malt that can only be felt because it’s café style! The amber color! Malt sweetness and aromaticity, mild barrel-aged aroma! Please try it once!

It’s a great way to get the most out of your day.