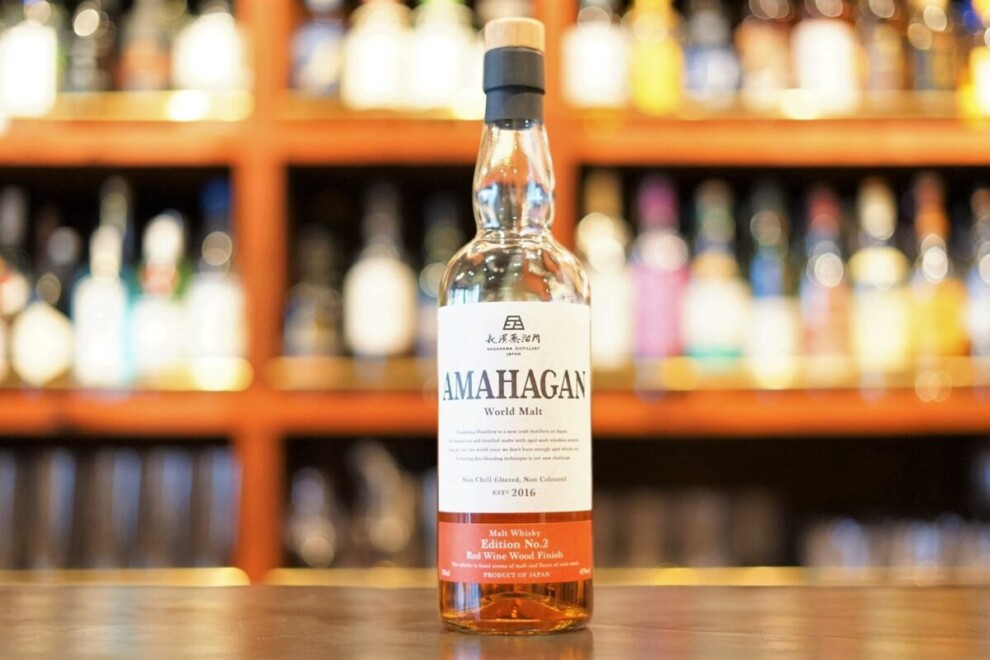 The Nagahama Distillery is gaining more and more recognition from both inside and outside Japan, as evidenced by the fact that “Amahagan World Malt Edition No.3 Mizunara Wood Finish” won the highest award (Category Winner) in the Japanese Blended Malt Non-Age category at the 2020 World Whisky Awards (WWA). The reputation of Nagahama Distillery is increasing day by day both in Japan and overseas.

The AMAHAGAN blended malt series was created with a focus on blending, the most important step in whisky making, in preparation for future single malt releases. This whisky is based on Edition No.1 and is one that challenges finished by utilizing the character of red wine. The origin of AMAHAGAN is the romanization of Nagahama, read upside down.

Nagahama Distillery, one of the smallest distilleries in Japan, located in the northern part of Lake Biwa in Shiga Prefecture, is a craft beer brewery and restaurant. Few distilleries, including major whisky makers, have a restaurant, and this distillery is a rare example of a craft whisky distillery. 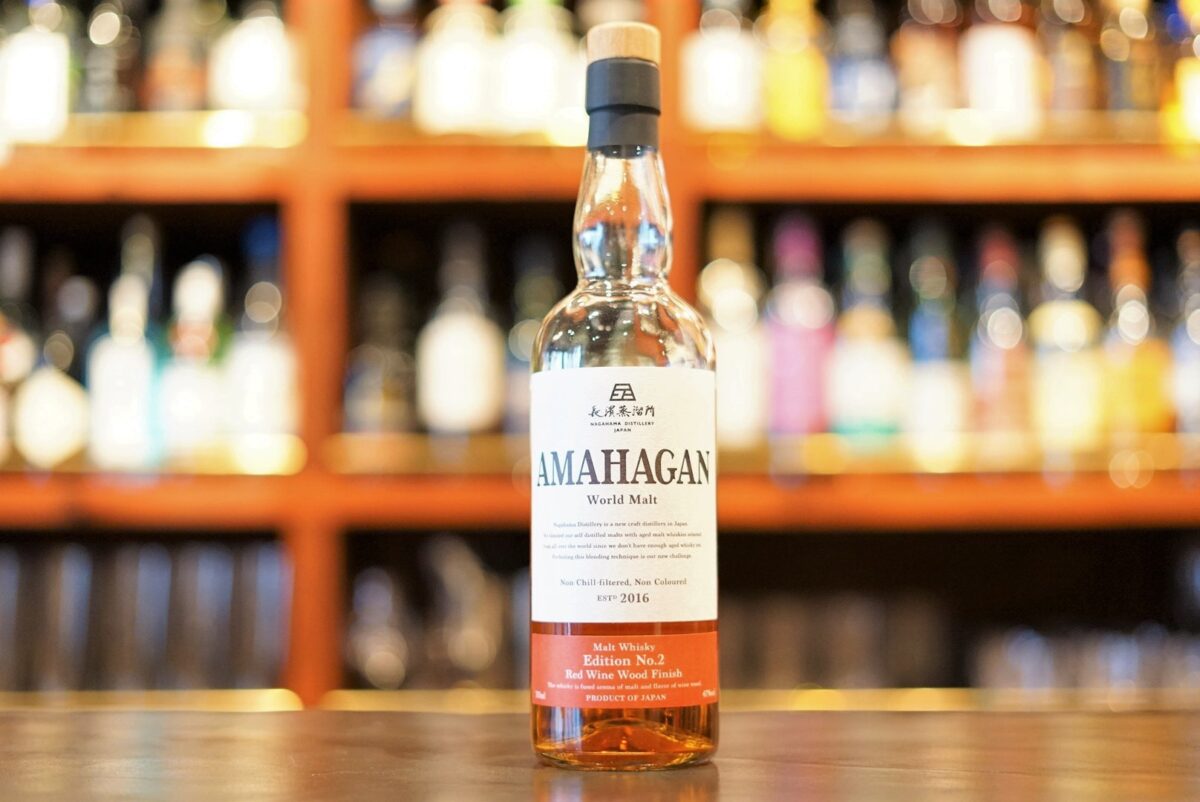 This whisky is a blended malt whisky made by blending malt from the Nagahama distillery and several raw materials purchased from overseas.
The appearance is a glossy brick color with a reddish hue. The flavors of raisins and berries derived from red wine are in perfect harmony with Nagahama’s unique malty taste, and you can feel the refreshing orange peel in the aftertaste. In the mouth, the unique sweetness of the grains spreads throughout, but the moderate astringency tightens the whole. Please enjoy its deep flavor. Non-chill filtered, non-colored. 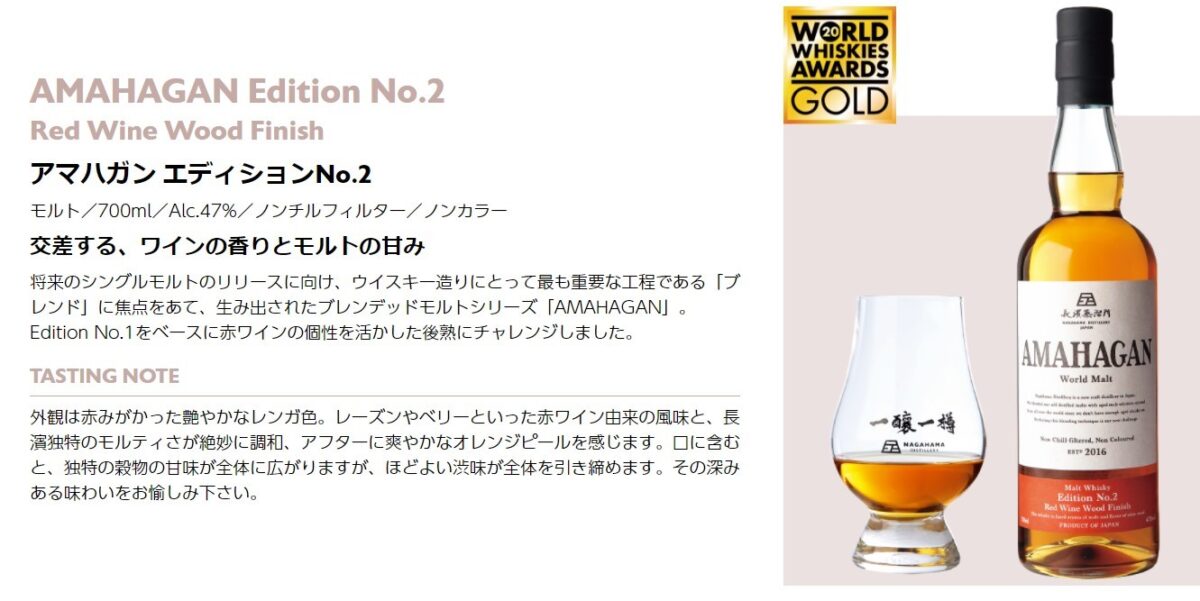 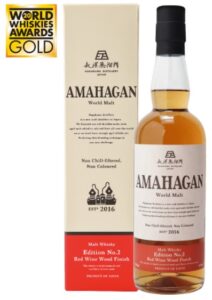 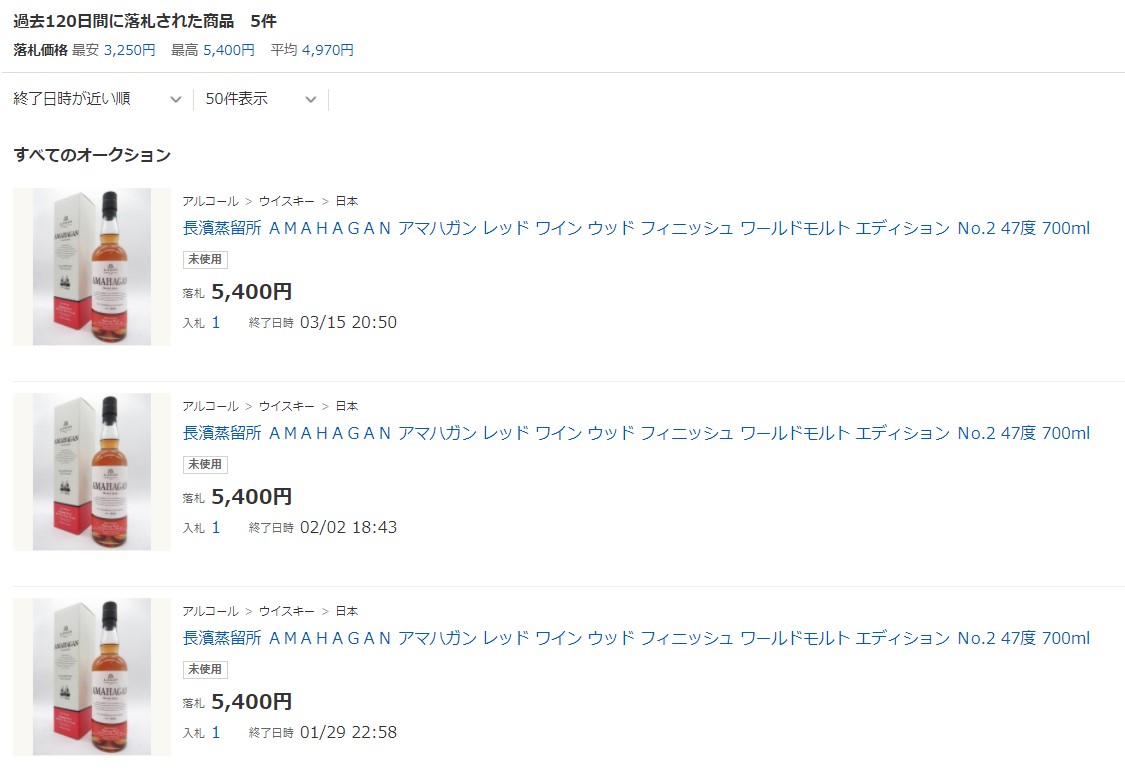 Five months after the release of “Amahgan World Malt Edition No.1”, “Edition No.2 Red Wine Wood Finish” was released.
Based on the original No.1, this whisky has been finished in red wine barrels for about six months to create a completely different whisky. I hope you will compare this whisky with the previous No.1 and feel the difference in taste.

The Nagahama Distillery won the highest award (Category Winner) in the Japanese Blended Malt Non-Age category for “Amahagan World Malt Edition No.3 Mizunara Wood Finish” at the 2020 WWA (World Whisky Awards). It can be said that Amahagan is one of the distilleries that are gaining recognition worldwide.

The Nagahama Distillery has been releasing three types of single malts aged for three years (Bourbon Cask, Oloroso Sherry Cask, and Quercus Cask) in May 2020, and is planning to release its first three-year-old heavy peated malt in 2021, which is very exciting.
There is no doubt that the blending techniques of the AMAHAGAN series, which has been released since 2018, will continue to be used to the fullest in the future. This is a distillery that continues to try things that can only be achieved by being a craft distillery, so I think it is a promising distillery to keep an eye on.