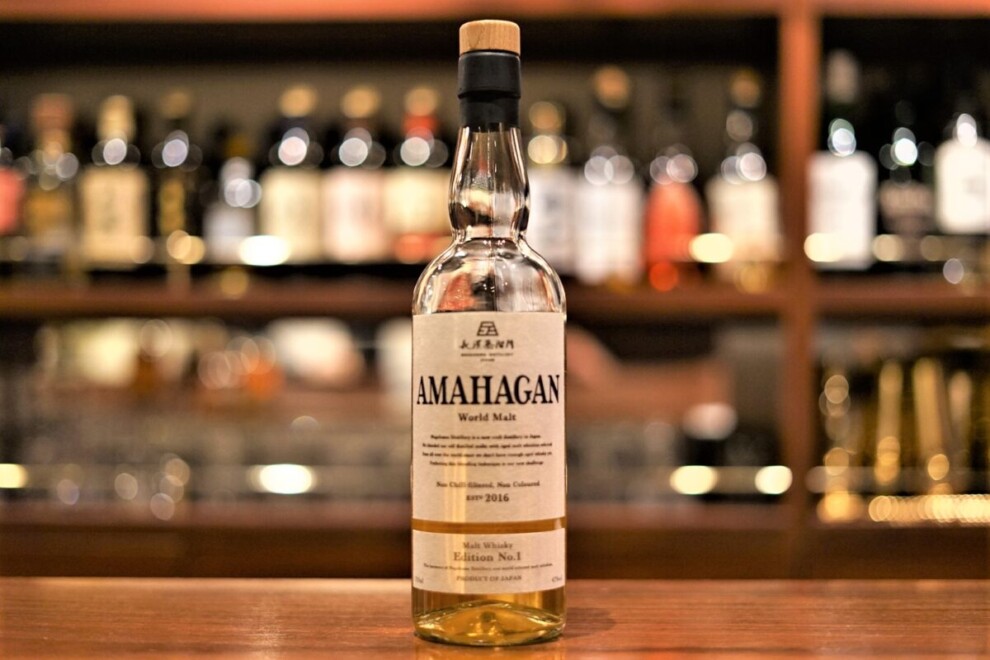 AMAHAGAN World Malt Edition No. 1 is the first in a series of blended malts created with a focus on blending, one of the most important steps in whisky making, in preparation for the future release of a single malt. The name “AMAHAGAN” is derived from the Romanization of the word “Nagahama”.

Nagahama Distillery, one of the smallest distilleries in Japan, located in the northern part of Lake Biwa in Shiga Prefecture, is a craft beer brewery and restaurant. Few distilleries, including major whisky makers, have a restaurant, and this distillery is a rare example of a craft whisky distillery. 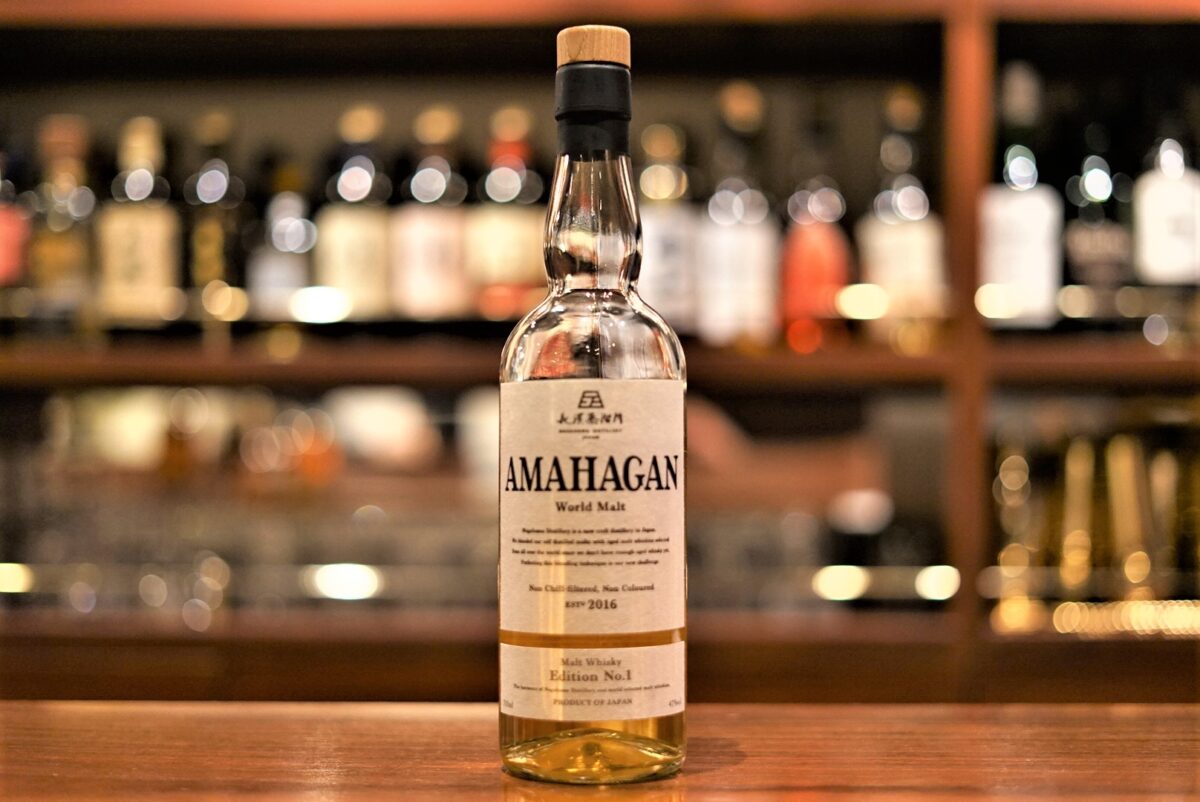 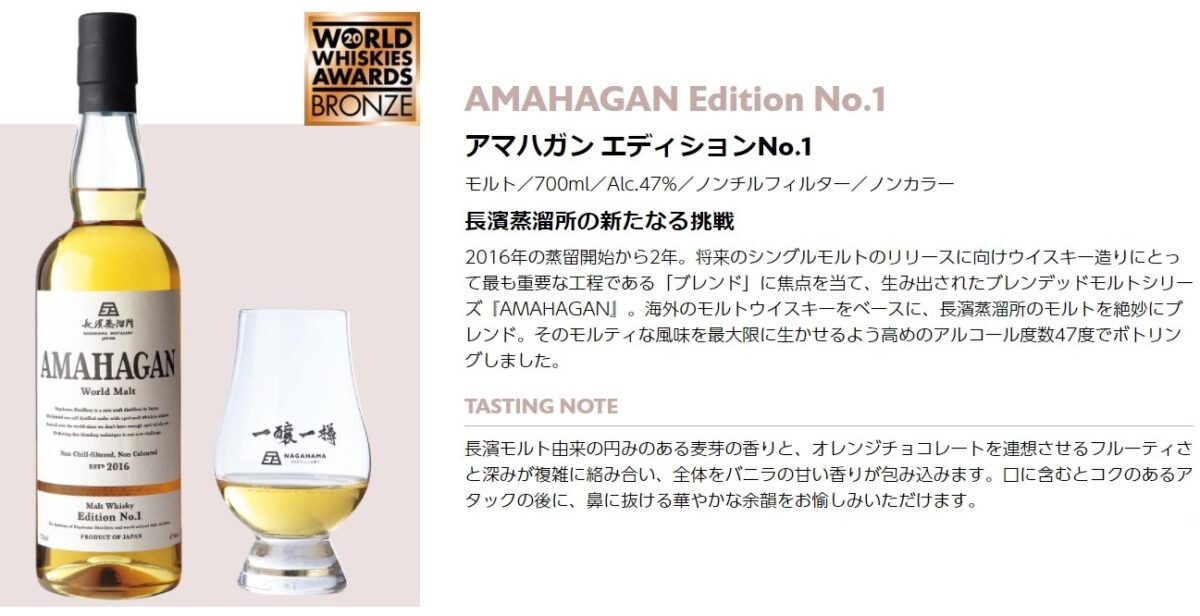 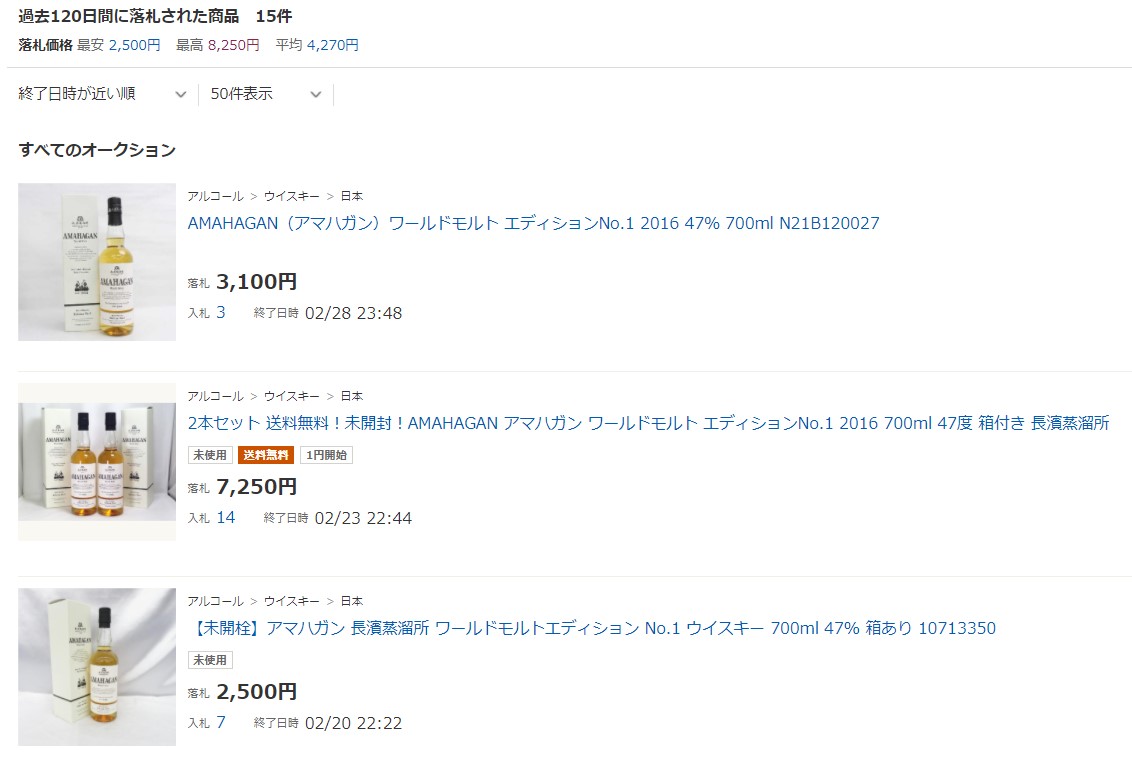 Amahagan World Malt Edition No.1 is a whisky that can be enjoyed even by whisky beginners because it is less smoky and has a strong fruity flavor with a full-bodied taste unique to malt.

The Nagahama Distillery started operation in November 2016, and the number of pot stills has been increased from two at the time of establishment to three.
The Nagahama Distillery has been releasing three types of single malts aged for three years (Bourbon Cask, Oloroso Sherry Cask, and Quercus Cask) in May 2020, and is planning to release its first three-year-old heavy peated malt in 2021, which is very exciting.
There is no doubt that the blending techniques of the AMAHAGAN series, which has been released since 2018, will continue to be used to the fullest in the future. This is a distillery that continues to try things that can only be achieved by being a craft distillery, so I think it is a promising distillery to keep an eye on.