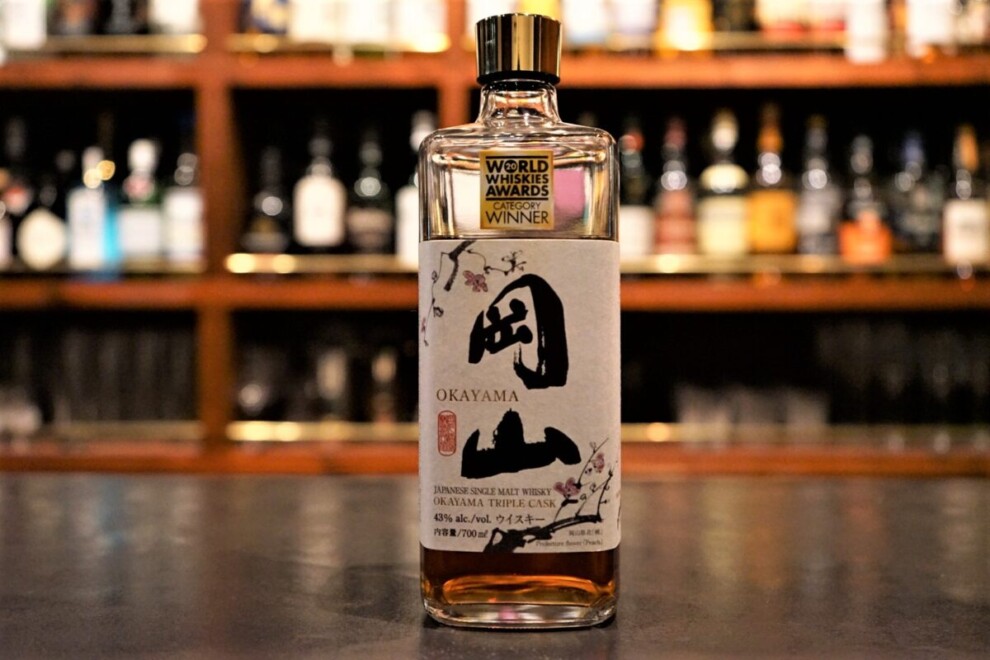 Since 1915, when Kame-zo Miyashita, the first generation of the company, started the brewing business in Tamano City, it has been a brewer with a history of more than 100 years, producing a number of famous sake.
The company’s philosophy is to handle all kinds of alcoholic beverages, and it is constantly taking on new challenges.
The first local beer in the Chugoku region, “Doppo” was a hit, and in 2011, the company obtained a license to produce whiskey in order to spread Japanese craft whiskey overseas at a time when whiskey was considered to be in a slump.
It has been three years since Miyashita Brewery, with its outstanding foresight, launched the single malt whiskey Okayama.
It has been three years since Miyashita Shuzo launched the Okayama single malt whiskey, and this time it is the triple cask version that was so popular last time.

It was founded in 1915 by Kamezo Miyashita in Tamano City, Okayama Prefecture.
In 1967, in search of better water, the brewery was moved to Nishikawahara, Naka-ku, Okayama City, on the banks of the Asahi River, one of the three major rivers in Okayama.
The Asahikawa River’s subterranean water is drawn up from 100 meters underground and used for brewing. Nearby is Korakuen Garden, one of the three most famous gardens in Japan, and the cold spring of Omachi, selected as one of the 100 best waters in Japan, providing a blessed brewing environment. 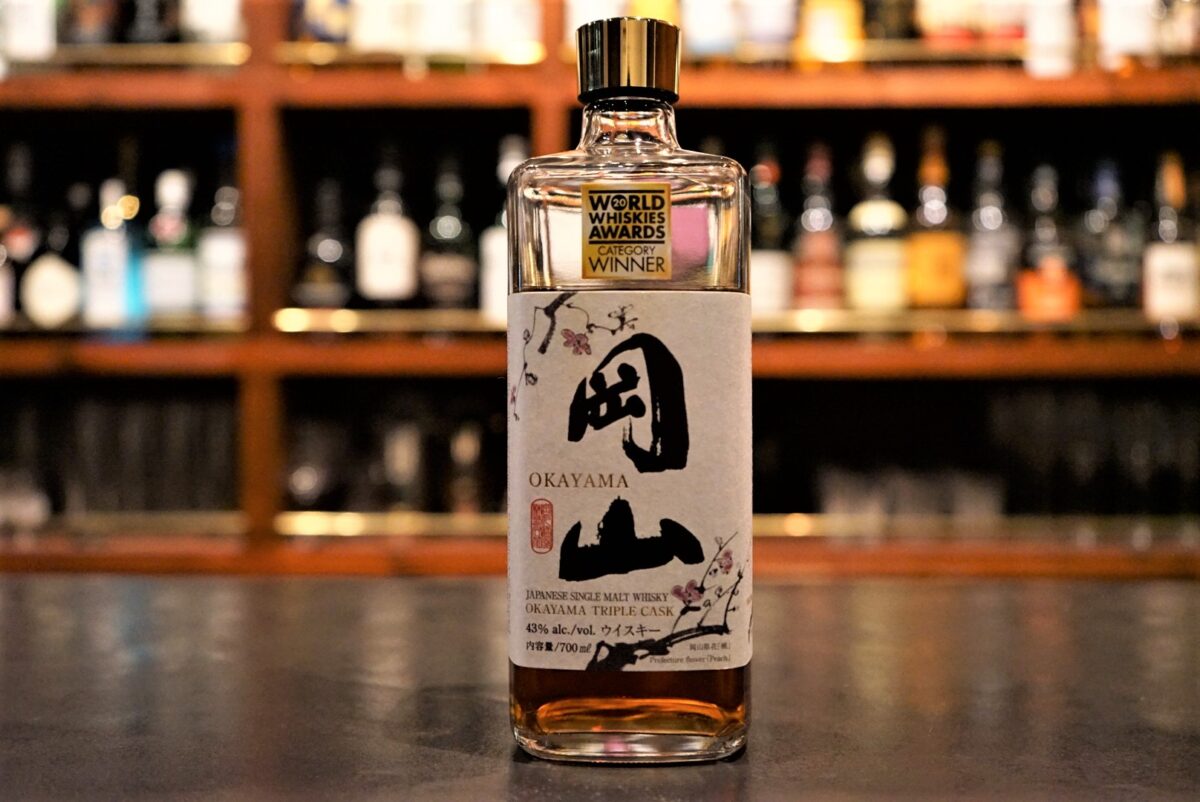 Gold medal winner at Meiningers International Spirits Award ISW 2019
This is a limited-edition triple cask single malt whiskey made by malt barley from two-row barley grown in Okayama Prefecture, matured for more than three years in brandy, sherry, and Quercus casks, and then bathed in these three casks.
It was awarded Category Winner at the World Whiskies Awards 2020, the highest award in the Single Malt No Age category.

It is currently difficult to obtain, and unfortunately some resale seems to have taken place on online auctions, etc. Miyashita Brewery has won numerous awards at the National New Breweries Competition, including “Doppo” the first local beer in the Chugoku region, and “Kiwamihiziri” a Japanese sake that now represents Okayama.
The name “Ginjo Whiskey” gives it a complex and deep flavor, and the skills of sake brewing cultivated over the past 100 years shine through.
I recommend drinking it straight, preferably in a straight glass or a wine glass with a wide mouth to feel the aroma.

Please check out the other articles about Okayama.