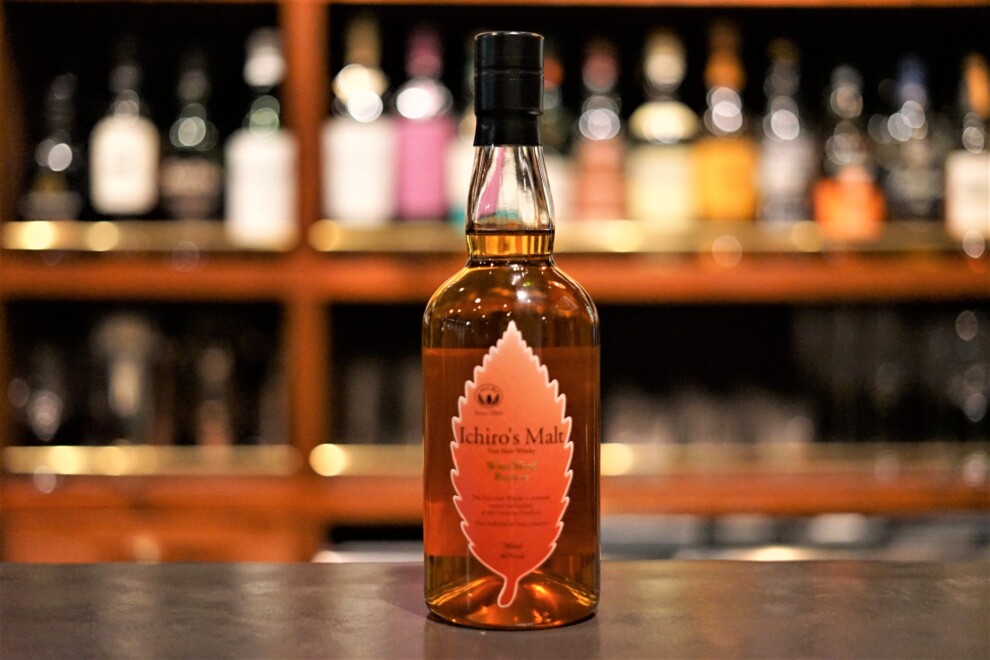 Suntory and Nikka are two of the most well-known whiskey makers in Japan. However, the whisky that is as popular among whisky fans as these two major brands is “Ichiro’s Malt” , a whisky that is so popular and difficult to obtain that it sells out the same day it appears in stores. The Leaf series (Mizunara Wood Reserve, Wine wood Reserve, and Double Distilleries) are immensely popular and captivate whisky fans.

The production volume of the second distillery, which has been in operation since the fall of 2019, is five times that of the first distillery. The malt to be prepared at once is 2t. Pot stills are the same straight shape, but have a fairly large pot still so that they can distill five times as much. Forsyth uses a gas open flame distiller. 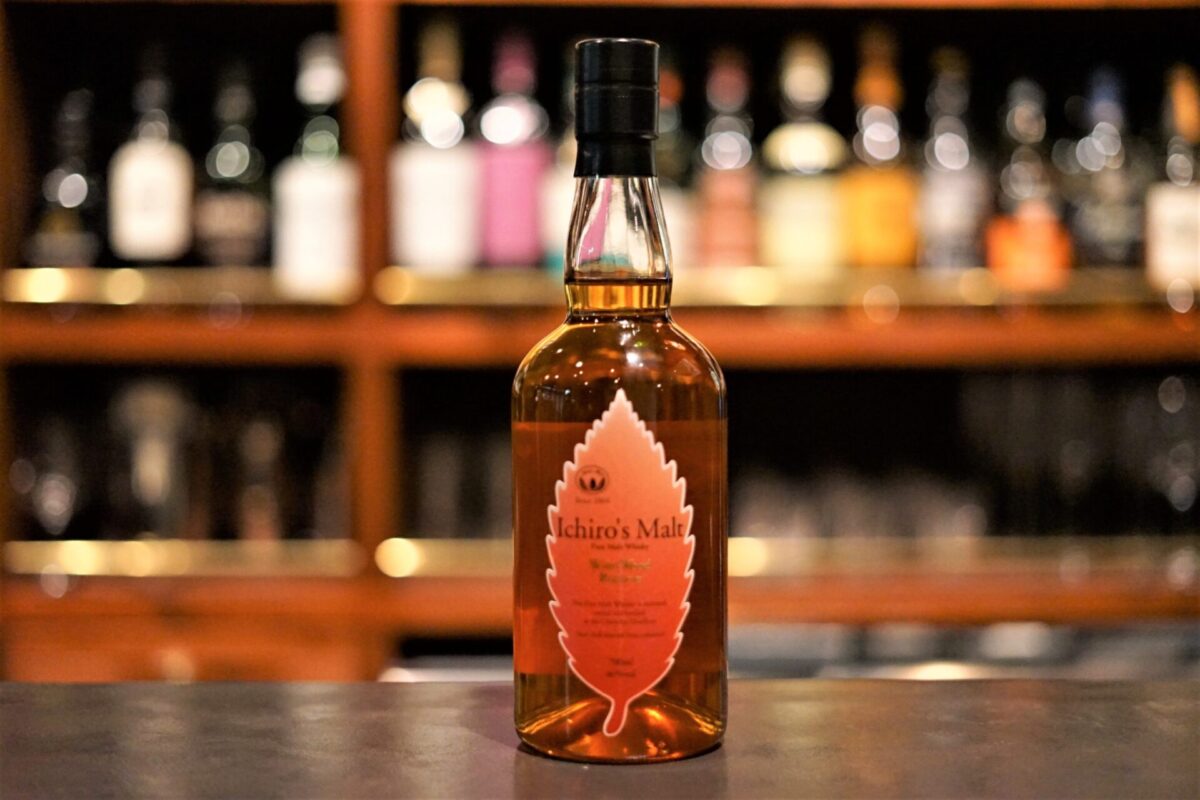 100% malt whisky using Hanyu Distillery’s malt as the key malt.
Vatting malt from the now closed Hanyu distillery and several other types of malt. It is a gorgeous and mellow whisky because it is made up of 100% malt without grain. The whisky is then post-ripened in red wine barrels made of French oak. Two types of wine barrels were used to mature Muscat Berry A and Merlot. The whiskey is not artificially colored or cooled by filtration (non-chill filtered method *1) to allow the original flavor and taste of the whiskey to be felt more.

1 Non-chill filtered process: When the temperature of raw whiskey matured in barrels becomes low, the dissolved flavor components precipitate out*2 and become cloudy. In order to prevent this from happening, ordinary whisky is filtered by cooling the raw whisky or product to about 0-5 degrees Celsius. The ingredients that precipitate when cooled are either malt-derived or barrel-derived, both of which are considered to be flavor components of whiskey. The fact that the whiskey is not cooled and filtered means that it is bottled with the flavor components of the malt and barrels intact, resulting in a whiskey with a more complex and richer taste. 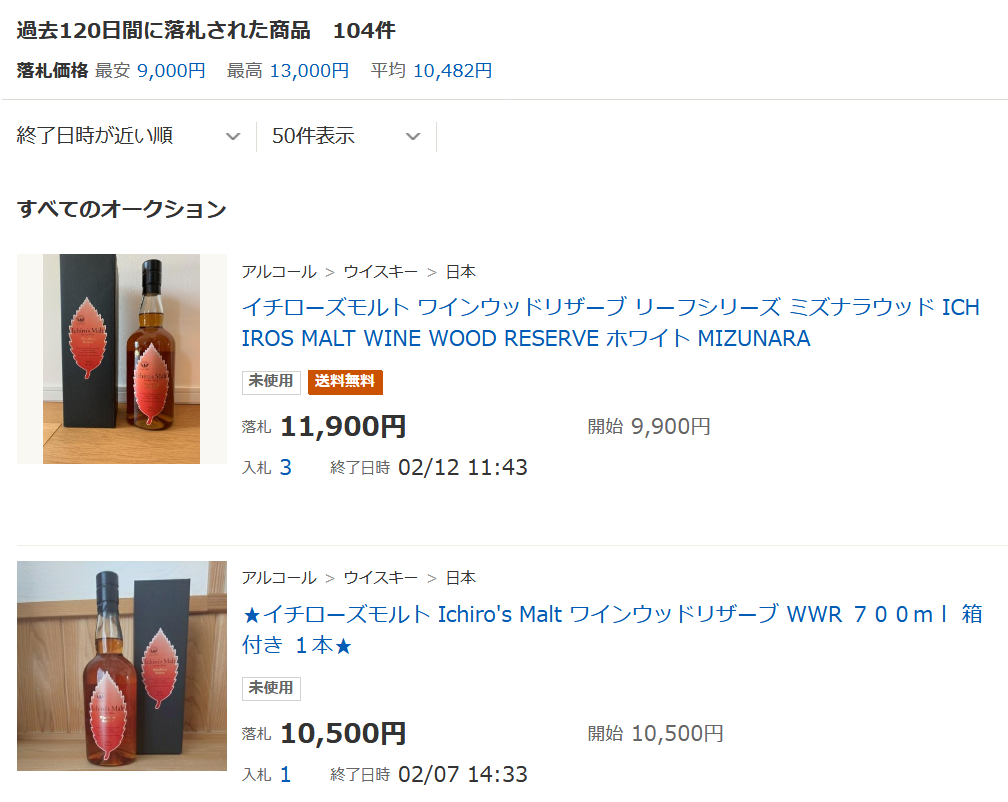 This whiskey has the charm of being aged in wine barrels, but it is easy to drink with no alcohol. The recommended way to drink it is straight. You can feel the fruity sweetness and the barrel aroma. If you don’t like tannins, we recommend drinking it straight or on the rocks.

The Chichibu distillery is currently aiming to make a whiskey that is unique to Chichibu, such as using barley grown locally in Chichibu as a raw material and considering the production of barrels using materials from Chichibu.
Mr. Ichiro Akuto’s wish is to bring out whiskey that has been matured for 30 or 50 years. His dreamy words only make me more excited for the future.

[Review] Ichirose Malt Double Distilleries (DD)
DD is an acronym for Double Distilleries, meaning "two distilleries" and is made from a blend of raw materials from the Hanyu distillery, which was closed in 2000, and...
[Review] Ichiro's Malt Mizunara Wood Reserve (MWR)
"MWR" is an acronym for Mizunara Wood Reserve. Mizunara(Quercus crispula), also known as Japanese oak, is a deciduous broadleaf tree in the Quercus family. It grows na...