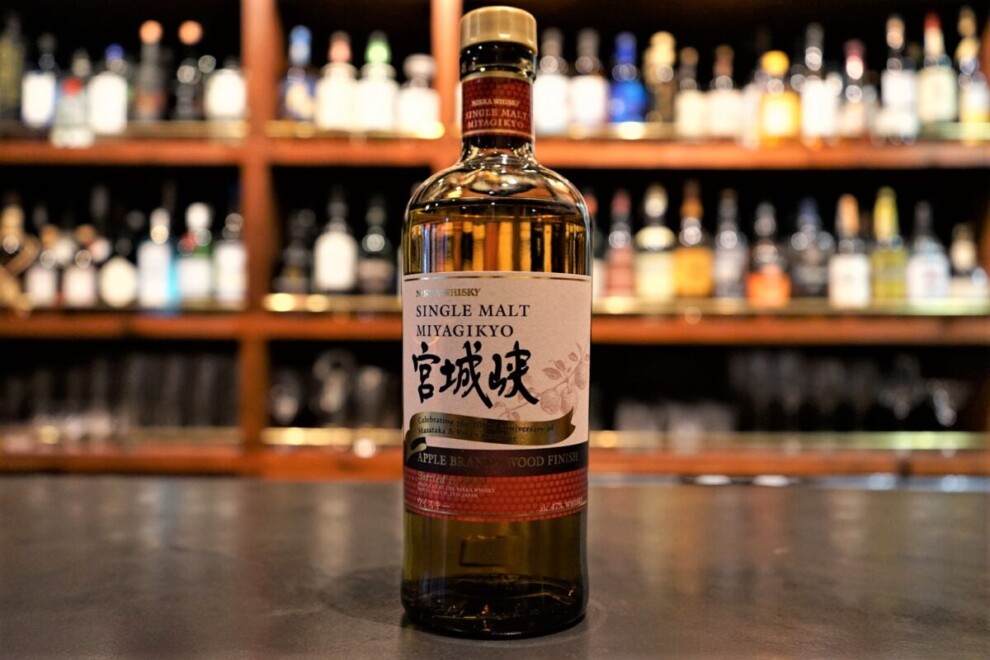 The year 2020 marks the 100th wedding anniversary of Nikka Whisky’s founder Masataka Taketsuru and his wife Rita.
In 1934, he founded Dainippon Fruit Juice Company (now Nikka Whisky Co., Ltd.). Since whiskey takes time to mature, products made from apples supported the early days of the company. This is a limited-quantity product made by finishing Yoichi and Miyagikyo, the crystallization of Taketsuru’s dream, in apple brandy barrels to express his deep respect for apples. Limited edition of 6,450 bottles.

It has been about 30 years since the first distillery was started in Yoichi, Hokkaido. Masataka Taketsuru, who believed that “whisky becomes richer and more flavorful when it is blended with raw materials from different distilleries,” desperately needed a second distillery. Taketsuru chose Miyagi Gorge in Sendai, Miyagi Prefecture. It is a lush green gorge blessed with two clear streams, the Hirose River and the Shinkawa River. When Taketsuru visited this place for the first time, he drank some of his Black Nikka in the clear water of the Shinkawa River and confirmed the taste. It is said that he decided to build the distillery on the spot. The pride of the Miyagi Gorge Distillery is its “café-style continuous distiller. At the time of its introduction, this distiller was already considered obsolete. Because it was an old-fashioned distillation machine, it was prone to leaving behind miscellaneous flavors, but Taketsuru chose to use this old-fashioned distillation machine because the technology could transform them into the original aroma and sweetness of the ingredients. At the Miyagikyo Distillery, people who have inherited Taketsuru’s passion are still continuing to make various attempts to make whiskey taste better.
The distillery has been described as “Highland Yoichi and Lowland Miyagikyo”, comparing it to the climate of Scotland, where Yoichi is “masculine” and Miyagikyo is “feminine”. 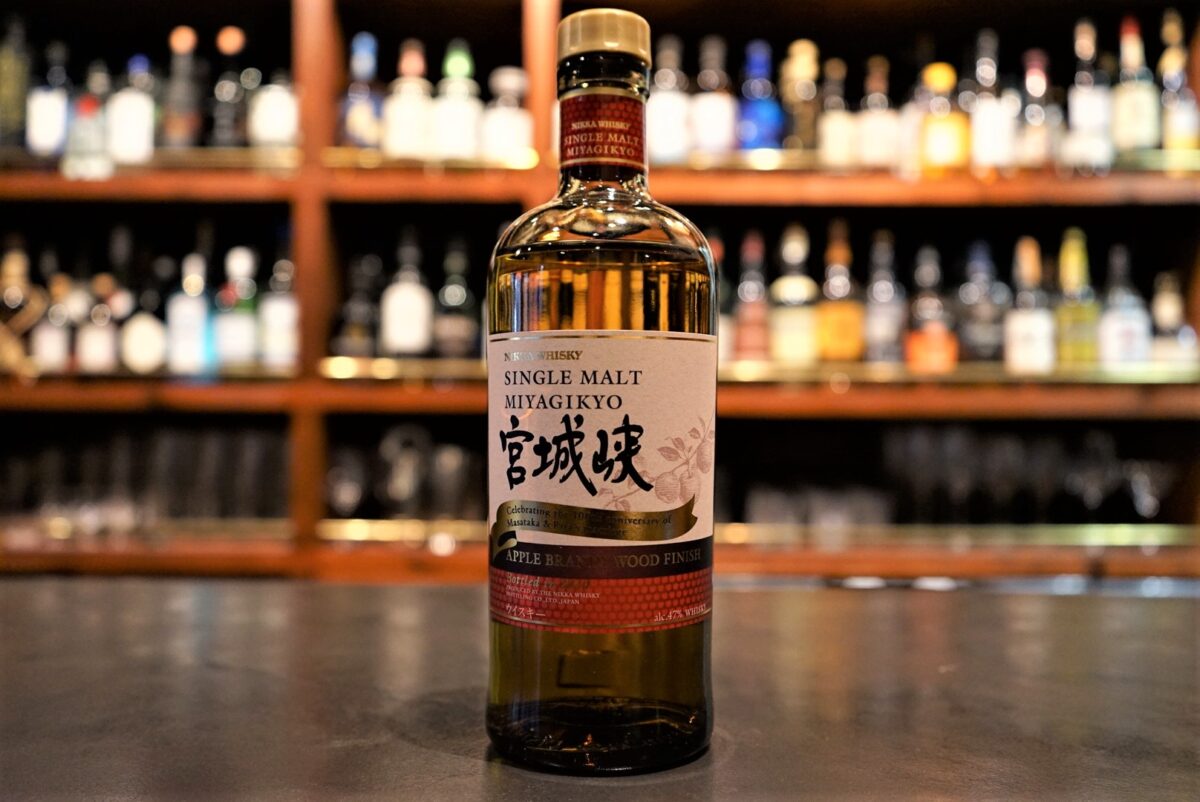 The fruity taste of Miyagi Gorge is combined with the sweetness of apple brandy.

After normal aging, it is further aged for about 6 months in barrels where apple brandy was aged for more than 28 years. The fruity flavor of the single malt Miyagikyo and the sweetness of the apple brandy are combined to create a sweet aroma, yet the refreshing sweetness and soft woody astringency are in harmony. 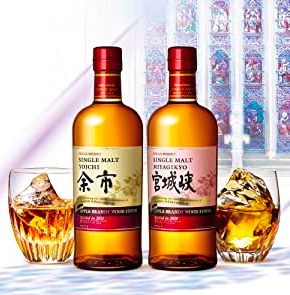 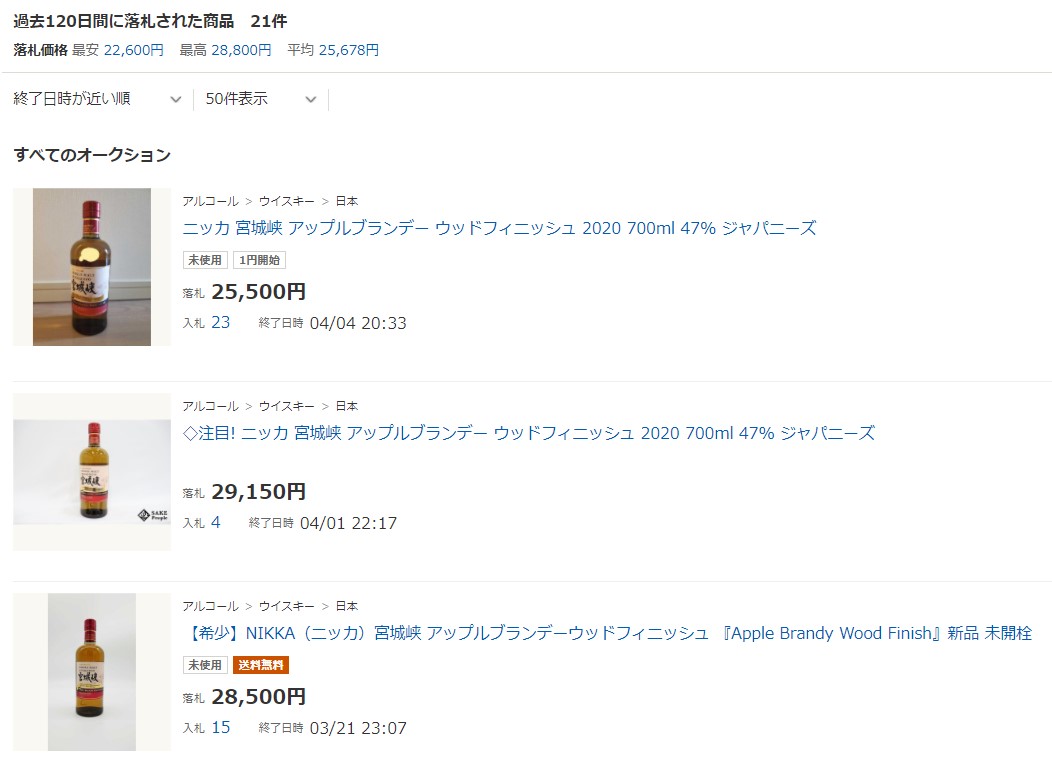 If you want to feel the apple, don’t hesitate to try the Miyagikyo.