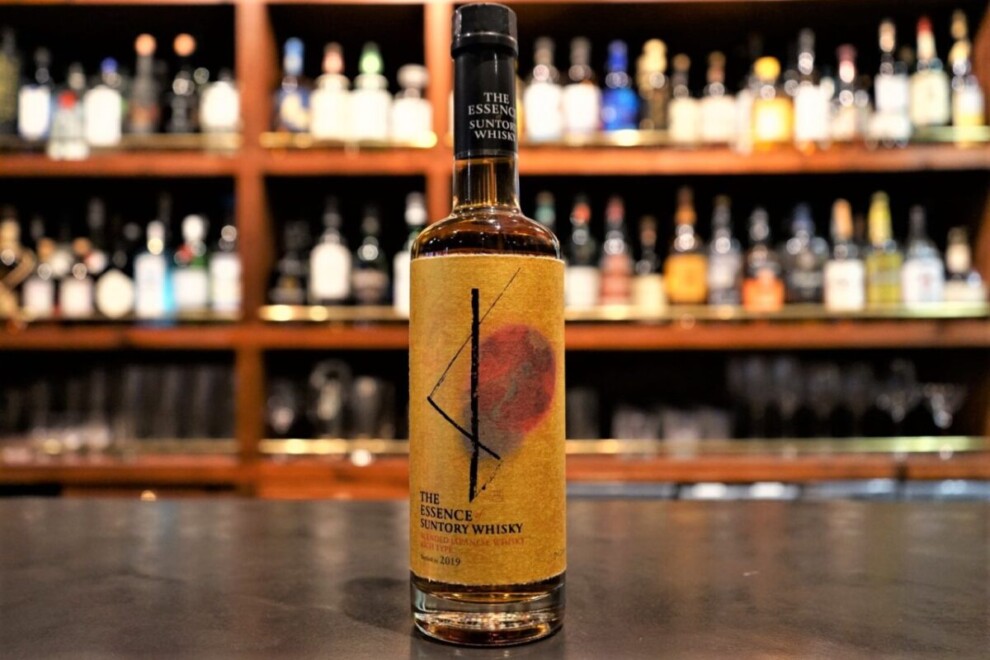 THE ESSENCE of SUNTORY WHISKY is a series of whiskies created from Suntory’s desire to pursue “Essence” in whisky making. 2019.This is the third release in the series.

“Nobujiro decided to make Yamazaki the home of whisky, saying, “Yamazaki is the only place with this water and climate to make good whisky.
Reference: YAMAZAKI MOMENTS 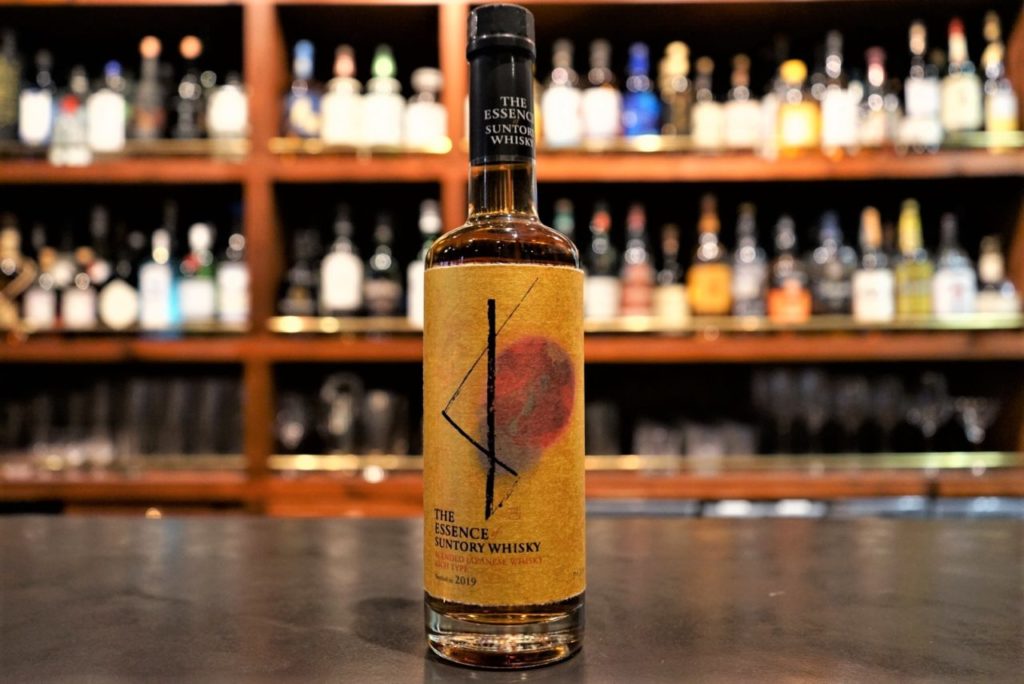 The aroma of cedar is added to the malt and grain raw materials that have been aged for more than 18 years. 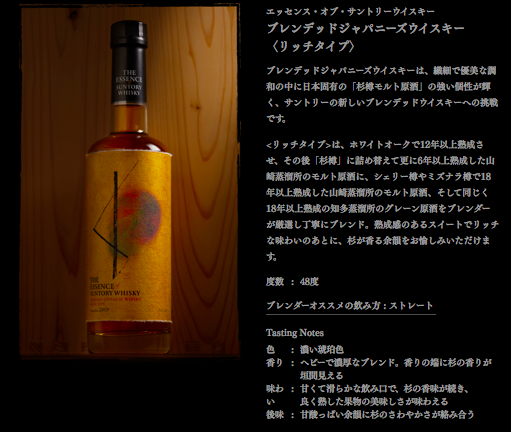 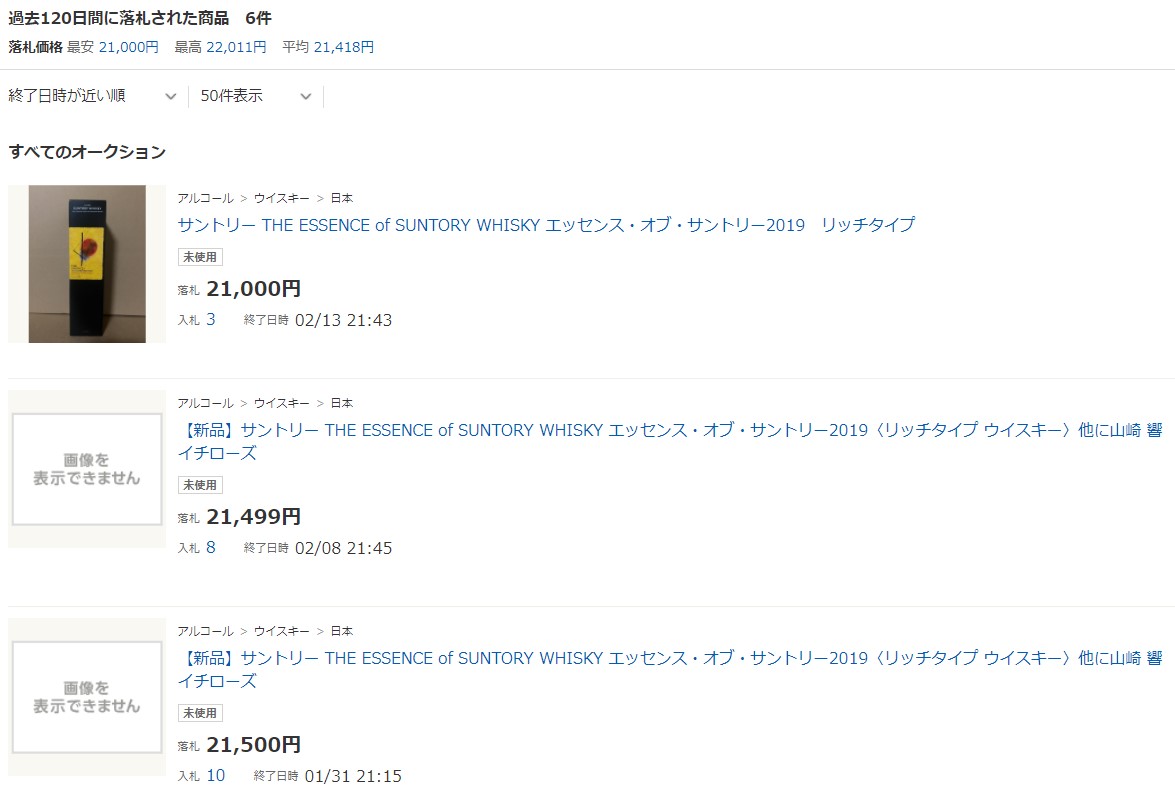 The “Rich Type” is based on the single malt Yamazaki, and the flavors of the sherry and Quercus barrels can be felt clearly. It has a strong sense of maturity and woodiness, and the character of the cedar wood is well harmonized.
It is a blend of Yamazaki Distillery malt, which was aged for 12 years in white oak barrels and then transferred to cedar barrels and aged for over 6 years, and Chita Distillery grain, which was aged for over 18 years. It is a luxurious blended whisky with all the raw materials aged for more than 18 years.

The best way to drink it is straight or on the rocks. This whisky is sold in limited quantities and is highly sought after.