Information on the release of “Hinomaru Whisky Sakura Cask” & “Hinomaru Port Cask Finish” (limited quantity) has been released on the official website of Kiuchi Shuzo Co.

“Sakura Cask” is a valuable single malt whisky matured for 6 years in a special cherry barrel made of cherry wood for the head (mirror plate), which was created in 2016 (the first year of Nukata Distillery’s operation).

“Port Cask Finish” is a single malt whisky made in 2016 (the first year of Nukata distillery’s operation), matured for 4 years in sherry casks, and then finished in port wine casks for 1 year.

You can already apply for the lottery on the official Kiuchi Brewery website.
The deadline for lottery applications is October 18, 2011 at 23:59.

The number of whiskies to be sold in the Web Lottery is 100 of each whisky.

Announcement of winners: Winners will receive an email notification and purchase procedure to the email address entered in the application form in late October or later.

This single cask Japanese whisky is distilled in 2016 at the column still Nukata distillery using non-peat malt, packed in Japanese cherry casks and aged in the nature at the eastern foot of Mt. Tsukuba. Enjoy its reddish amber glow and deep, gorgeous aftertaste. 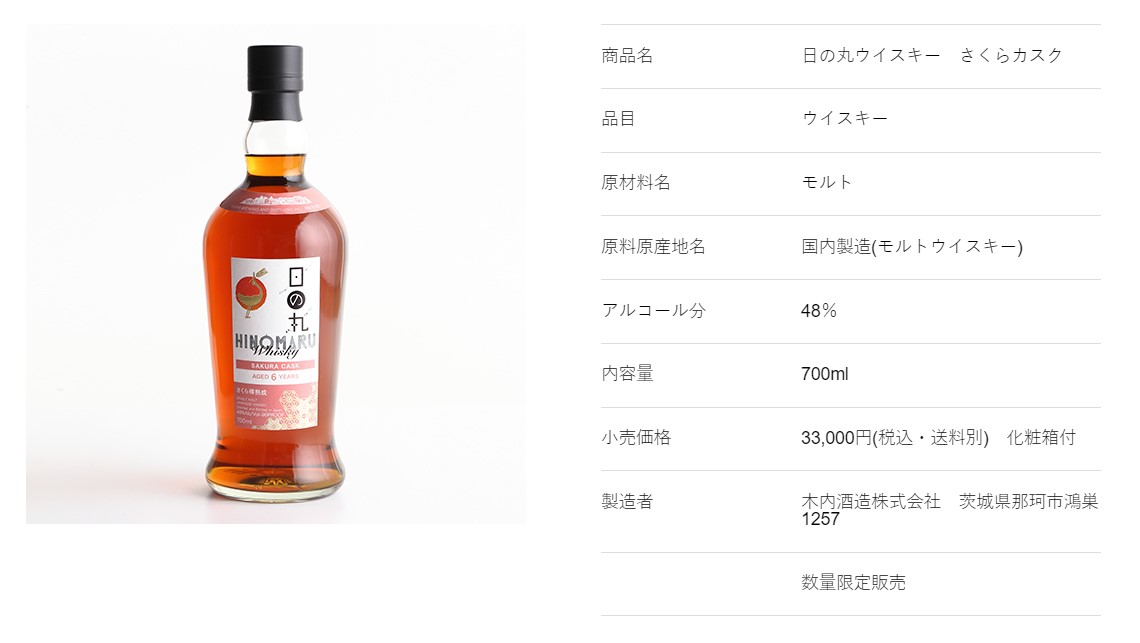 This single malt Japanese whisky is distilled in 2016 at the column still Nukata distillery and aged for four years in sherry casks, then aged and finished for one year in port wine casks. Enjoy the complex and deep aroma of maturity created by the two types of barrels. 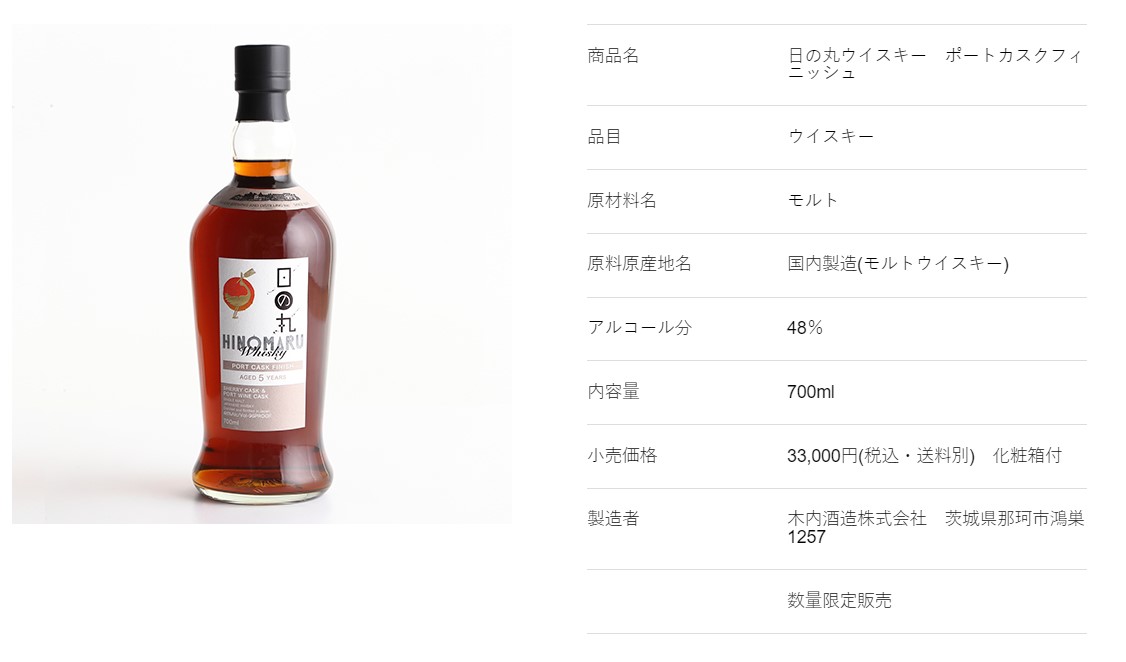 Kiuchi, who had visited Scotland many times before, decided to start making whisky from barley, which was not suited for beer making. He converted the second floor of the Nukata brewery’s packaging warehouse into a small distillery and began whisky production in February 2016.

At that time, the capacity of the pot still was 1,000 liters and a hybrid still with a column still was used for distillation. 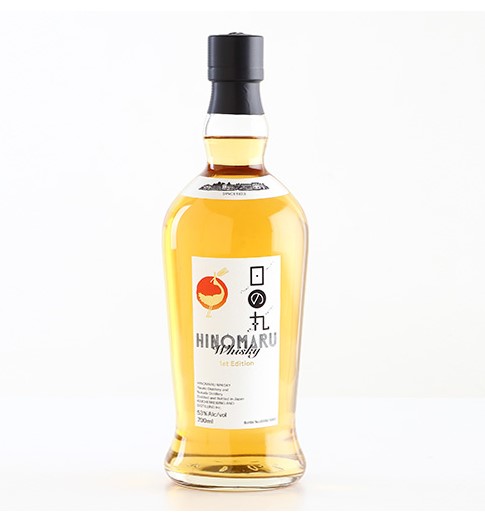 “Hinomaru Whisky” is a new attempt by Kiuchi Sake Brewery, which is celebrating 200 years of sake brewing. Several types of sake distilled at the column still Nukata distillery and pot still Yasato distillery, using barley, wheat and rice produced in Ibaraki Prefecture, were matured in the nature at the eastern foot of Mt. Tsukuba. The 1st Edition The very first drop is yours to enjoy. 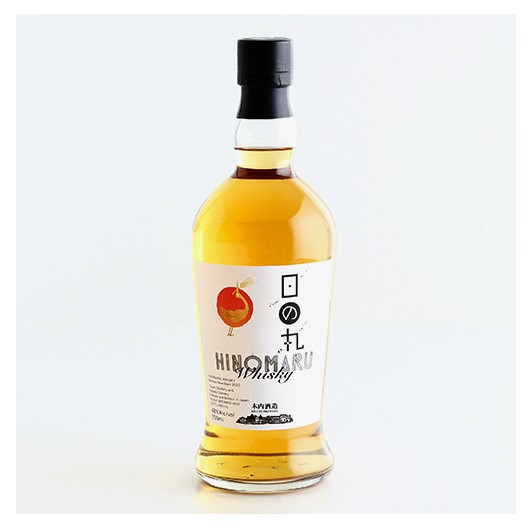 “Hinomaru Whisky” is a new attempt by Kiuchi Brewery, which is celebrating 200 years of sake brewing. Malt whisky distilled at the column still Nukata distillery and pot still Yasato distillery, and grain whisky partially made from wheat produced in Ibaraki Prefecture, were matured in the nature at the eastern foot of Mt. Tsukuba. Winner of the Gold Medal at the “Tokyo Whisky & Spirits Competition 2022,” and Category Winner of the Japanese New Makeup category.