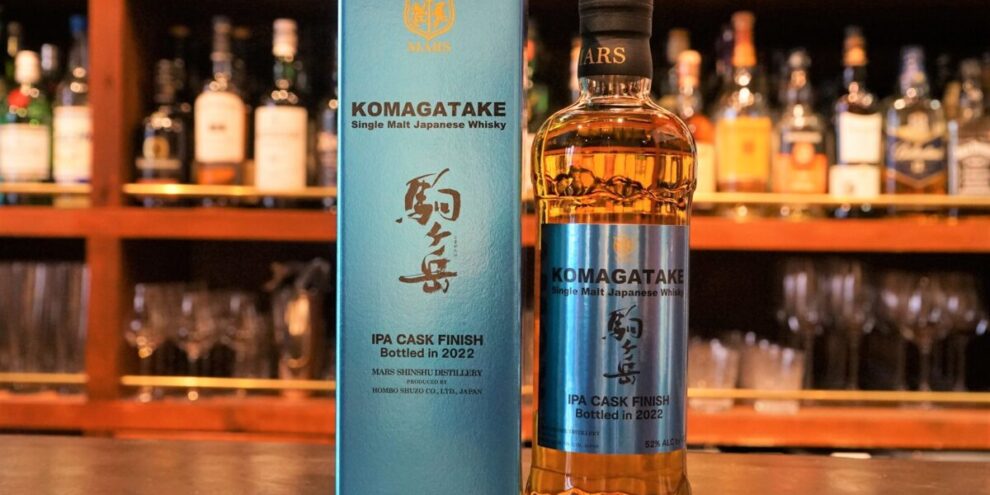 Komagatake IPA Cask Finish, which has been released in 2020 and 2021, is a very popular whiskey and is currently listed at a pre-priced price of almost twice the list price. This bottle is sure to be another popular one.Limited to 2,700 bottles. The resale price on Mercari is about $350,000.

Single Malt Komagatake IPA Cask Finish” has been on sale under the same product name since 2020, and the product description and alcohol content on the official website are almost identical.
It would be interesting to compare this product with the previous one. The flavors claimed in both aroma and taste were slightly different.

In 1949, Hombo Shuzo, which had been striving to make shochu, a Japanese distilled spirit, in Kagoshima, obtained a license to produce whiskey. Since then, the company has held on to the dream of “someday making real whiskey that takes full advantage of the Japanese climate.
After several years of whiskey production in Kagoshima, in 1960, he established the Mars Yamanashi Winery, a factory for wine and whiskey production in Yamanashi. Then, in order to engage in whisky production in earnest, he searched for an even more ideal location.

The natural conditions for whiskey making are very demanding: cold climate with clean air, moderate humidity, and good quality water.
In 1985, after searching for land that met these conditions, Mars Shinshu Distillery was established at an altitude of 798 meters at the foot of Komagatake Mountain in the Central Alps, Nagano Prefecture, in search of the best environment for whisky making.
In 1992, distillation was halted due to sluggish demand for whiskey. In 2009, when demand for Japanese whiskey was recovering and Japanese whiskey was gaining worldwide recognition, the distillery decided to resume distilling and started again in February 2011.
In September 2020, the distillery underwent a complete renewal for the first time in 35 years. The investment will be approximately 1.2 billion yen.
From May 2019, a new whiskey distillation building (including a barrel cellar) will be built to renovate aging facilities, improve the barrel cellar facilities with an eye to increasing whiskey production, and provide tours of the whiskey making process, as well as a visitor building to sell original whiskey and merchandise.
The new whiskey distillation building has a total floor area of 1,996m2 (including the barrel cellar, which will hold approximately 2,500 barrels), and the visitor’s building has a floor area of 746m2.
Reference: Hombo Brewery official website 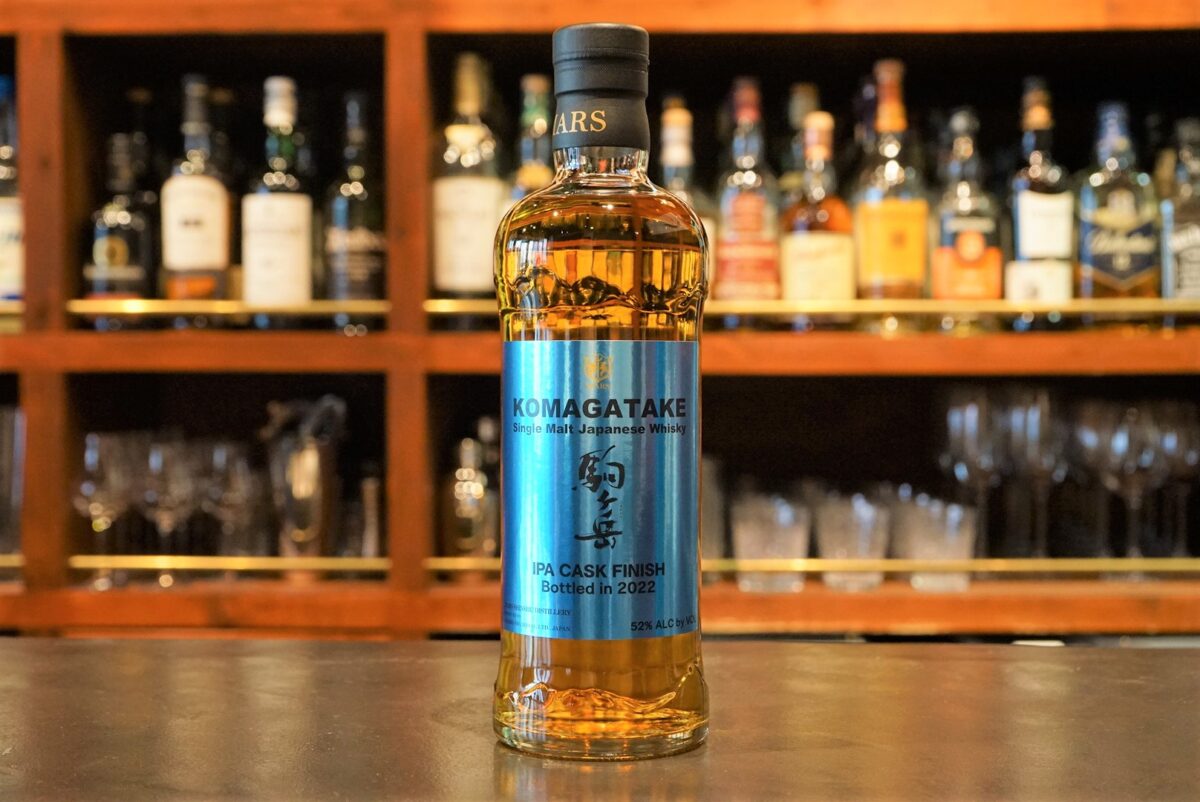 The aroma is reminiscent of fresh citrus fruits derived from hops, the taste is clear with grapefruit and herbs, and the finish is crisp and bitter.
It has a crisp, bitter aftertaste, making it a perfect match for a highball. *This is the price of the previous Komagatake IPA Cask Finish 2021.

Komagatake IPA Cask Finish, released in 2020, is a post-aged IPA in casks, so it tastes similar to beer, but more like it when served with soda.

In addition to the hoppy flavor, there is a strong impression of citrus, mint, and herbs, giving the impression of both beer and herbal refreshment. The beer has a refreshing citrus, oaky, and oily taste, which changes to a more complex flavor.

It is hard to find such an unusual whisky from other companies, so this is a whisky that you should definitely try.

Please take a look at other articles about Hombo Shuzo.

[Review] MARS The Y.A. #01
MARS The Y. A." was born as a new whiskey brand specializing in "Yakushima-aged malt whiskey". It is made from malt distilled at the Mars Shinshu Distillery ...
[Review] Single Malt Komagatake 2015 Wine Cask Kakuu...
A private bottle for the Mars Shinshu x Kakuuchi Base POPUP SHIBUYA. 2015 distillate bottled in 2022. Aged in wine cask from start to finish, this is a rare bottle of Mars whisk...