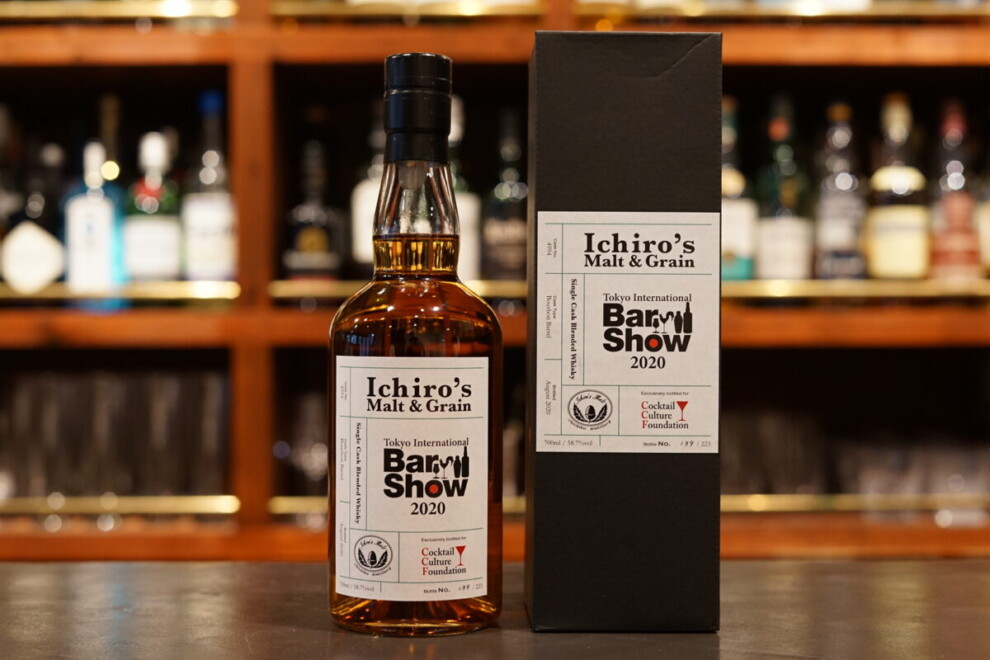 Whiskies such as Ichirose Malt, which is now difficult to obtain on a global level, are sold every year in limited quantities as commemorative bottles.
This year’s bottle is a commemorative bottle for the Tokyo International Bar Show 2020, and is limited to 223 bottles. It is a very valuable bottle.

“The Tokyo International Bar Show 2020 was scheduled to be held on Saturday, May 9 and Sunday, May 10, but has been cancelled due to the spread of the new coronavirus.

What is the Tokyo International Bar Show?

The Tokyo International Bar Show is a major event in the liquor and bar industry, held in countries around the world and named after the region where it is held.
In 2012, the Tokyo International Bar Show was held as the first bar show in Asia. For the first time, the event was co-hosted with “Whiskey Live,” a global event with a high level of recognition in Japan.
The show has been held at Tokyo Midtown in 2012, at the Bellesalle Shibuya Garden in 2013, and at the Tokyo Dome City Prism Hall since 2014, with the number of visitors increasing every year.

The Tokyo International Bar Show is one of the largest events in the bar industry, where you can enjoy demonstrations by world-renowned bartenders, savor precious drinks from Japan and abroad, and deepen your knowledge of alcoholic beverages.

Single malt whiskey production rooted in the climate of Chichibu is carried out.
Mr. Ichiro Hido, the founder of the distillery, takes pride in producing Japanese whiskey, and is committed to handcrafting malt whiskey using small mills, mash tuns, Quercus fermenters, and pot stills made by Forsyth in Scotland. 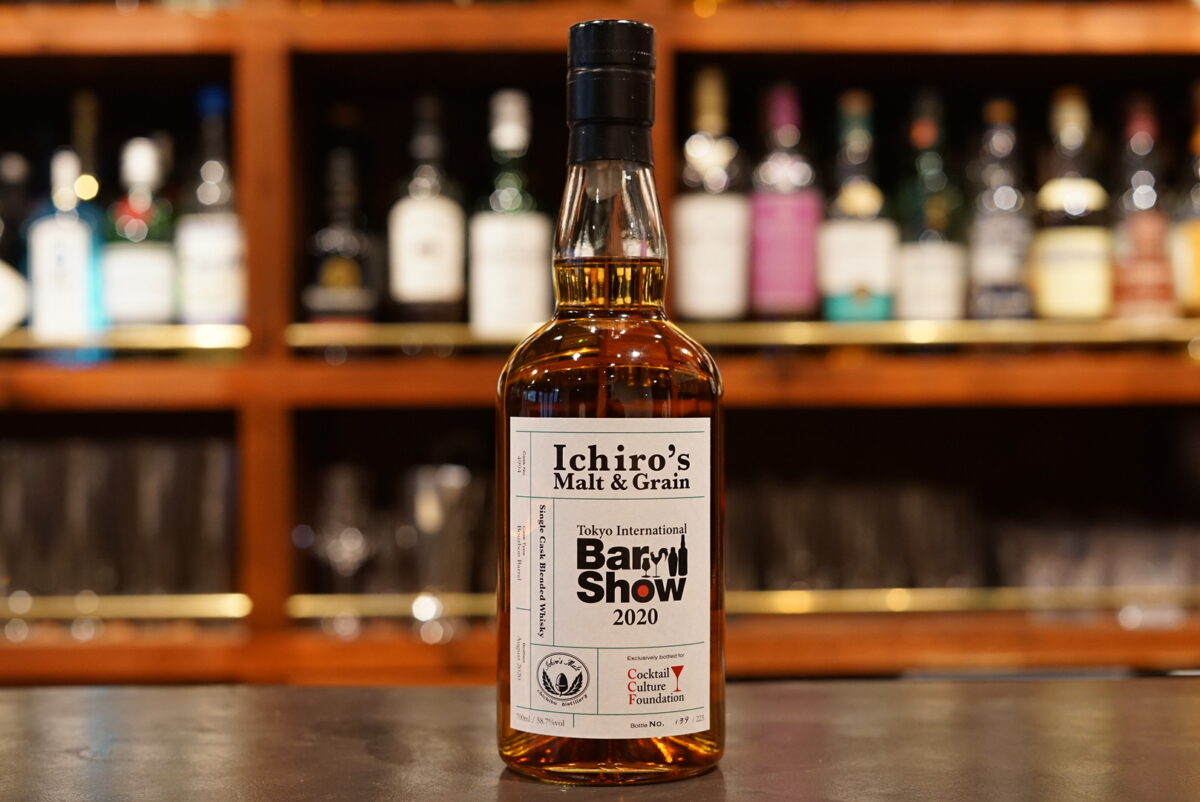 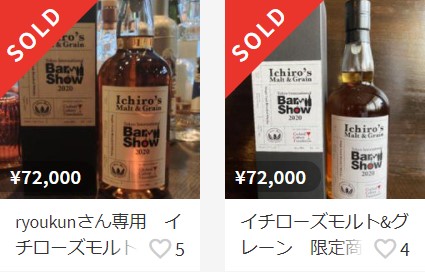 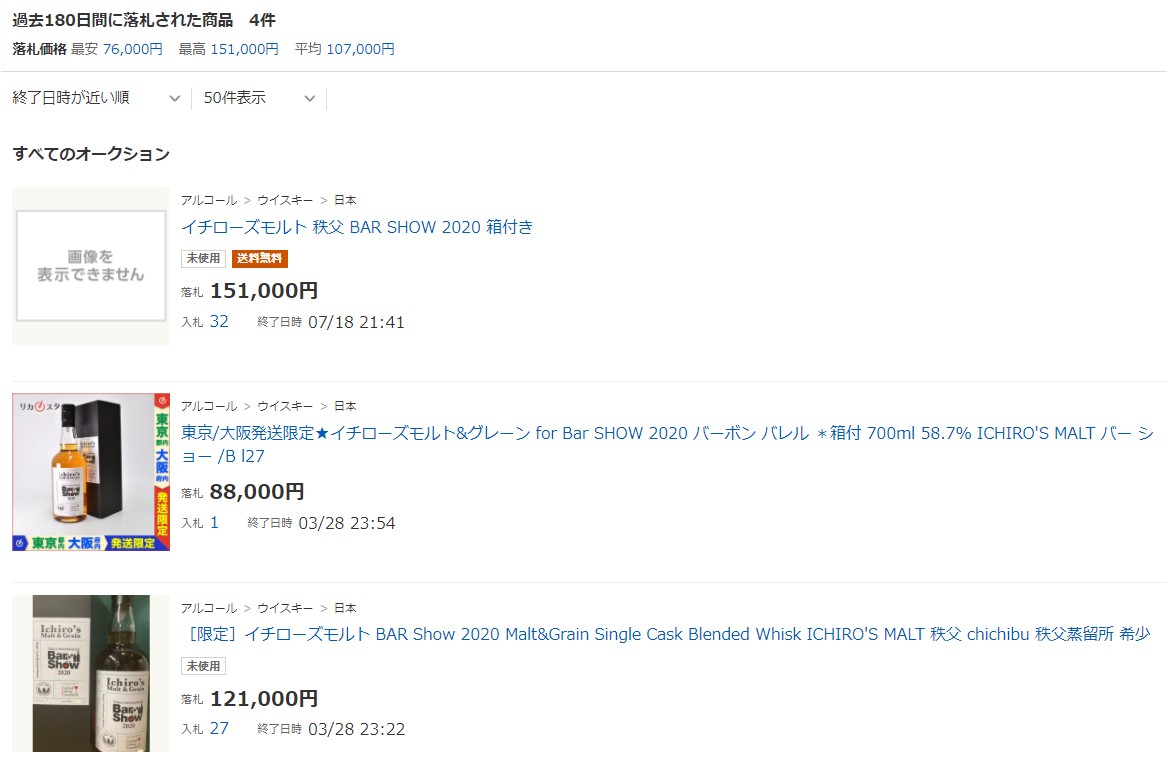 Please check out the other articles about “Ichirose Malt”

[Review] Ichirose Malt Chichibu x Komagatake 2021 - ...
This project, launched by two highly motivated distilleries in pursuit of new possibilities for Japanese whisky, began six years ago in April 2015 with the exchange of each othe...
[Review] Ichiro's Malt&Grain Japanese Blend...
The refreshing acidity that blends in with the weighty sweetness like brown sugar and the barrel incense filled with the memory of the aging cellar will be aftertaste and contin...

If you want to know more about Japanese whisky, which is a global trend, and want to learn more about it, we highly recommend these books.

This is a book written by Mamoru Tsuchiya, a world-famous whisky critic and representative of the Whisky Culture Research Institute, titled “Japanese Whisky as a Culture that Works for Business“
The book covers the basics of whisky, the introduction of whisky to Japan, the birth of Japanese whisky, advertising strategies and the rise of Japanese whisky, and the current rise of craft distilleries. This is a book that summarizes Japanese whisky in a very easy to understand way.