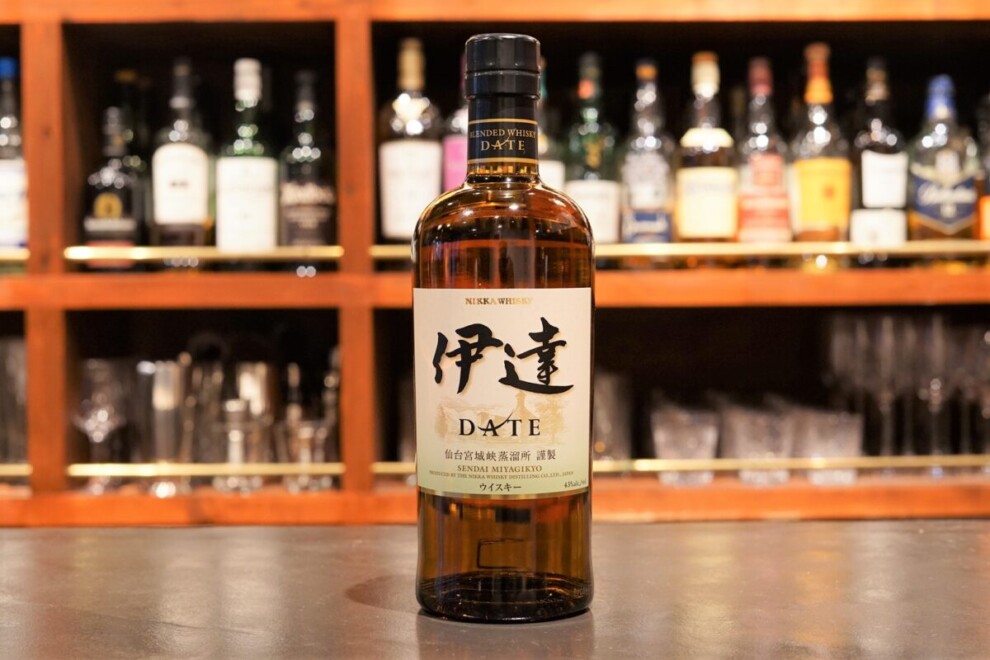 Nikka Date was released in 2008 and 2009 in limited quantities of 500ml (limited to 36,000 bottles in 2009) to promote the “Sendai-Miyagi [Date Trip] Campaign” as part of sales activities in harmony with the local community. The label at that time had the word “Date” written in white letters on a black base with a large golden crescent moon underneath, and the design of the crescent moon was based on the helmet of Date Masamune.

Later, the one released in 2012 was changed to 700ml and released as a year-round product. The taste has also been improved. The bottle in the middle of the photo is the bottle from this period, but the bottle in the store now is the one on the right in the photo. It’s not clear when the label was changed, but some believe it was around the end of 2019. 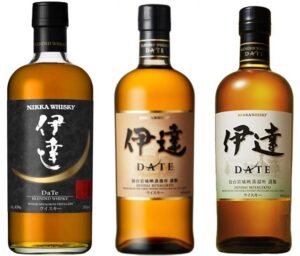 It had been about 30 years since he started his first distillery in Yoichi, Hokkaido. “Masataka Taketsuru, who believed that whisky becomes richer and more flavorful when it is blended from different distilleries, desperately needed a second distillery. Taketsuru chose Miyagi Gorge in Sendai, Miyagi Prefecture. It is a lush green gorge blessed with two clear streams, the Hirose River and the Shinkawa River. When Taketsuru visited this place for the first time, he drank some of his Black Nikka in the clear water of the Shinkawa River and confirmed the taste. It is said that he decided to build the distillery on the spot. The pride of the Miyagi Gorge Distillery is its “café-style continuous distiller. At the time of its introduction, this distiller was already considered obsolete. Because it was an old-fashioned distillation machine, it was prone to leaving behind miscellaneous flavors, but Taketsuru chose to use this old-fashioned distillation machine because the technology could transform them into the original aroma and sweetness of the ingredients. At the Miyagikyo Distillery, people who have inherited Taketsuru’s passion are still continuing to make various attempts to make whisky taste better.

For more information on the Miyagikyo Distillery, please also see this article. 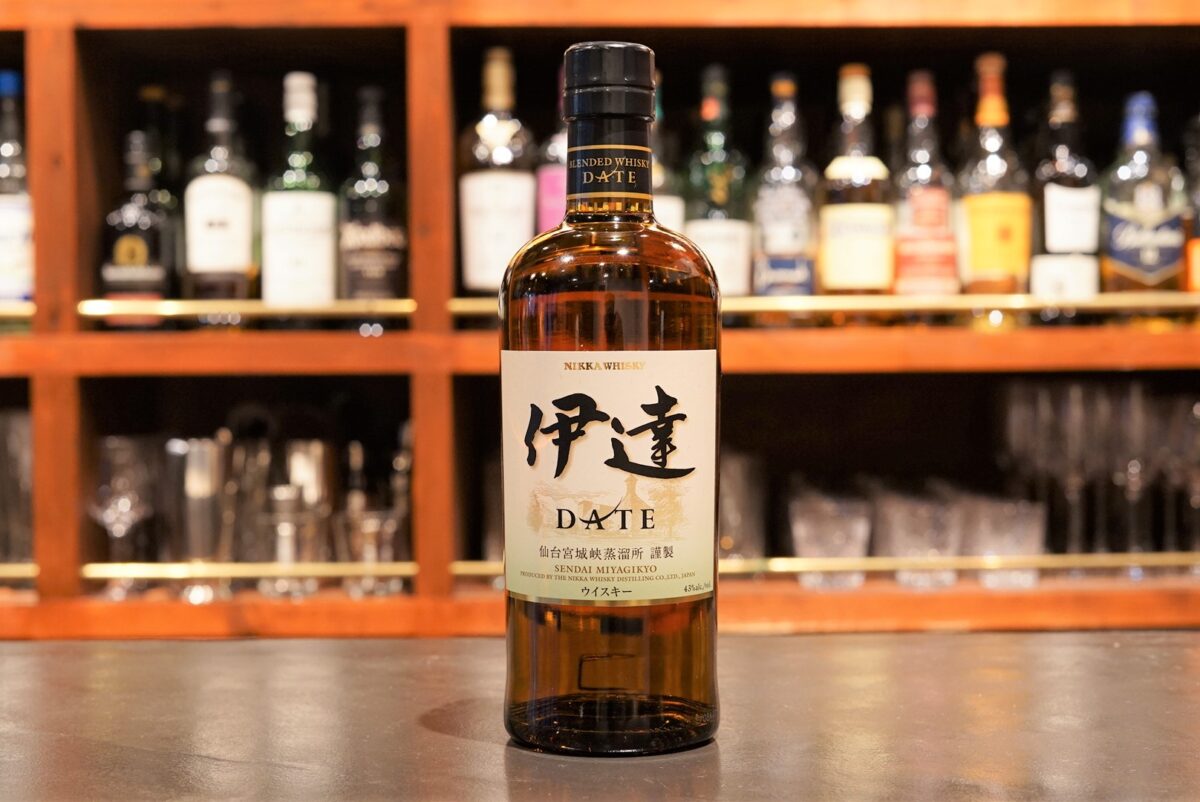 It has a pleasant barrel-aged aroma, a soft floral scent, a gentle malty aroma, a rich vanilla-like sweetness, a milk chocolate sweetness, a smooth and creamy taste, and a complex taste with a moderate bitterness of peat that appears after the sweetness. 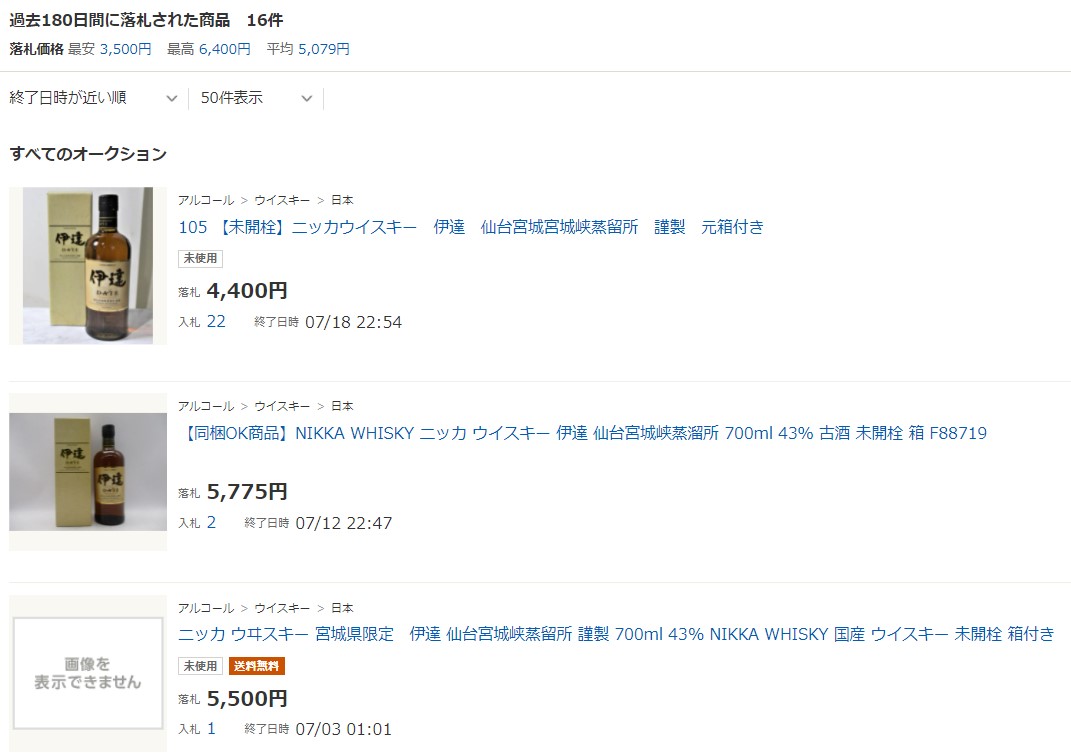 When Date was released in 2008, only “malt” was listed in the ingredients section on the back label. However, the label on the front said “BLENDED WHISKY”. It is said that this was probably because it was a blend of malt whisky from the Miyagikyo distillery and café malt distilled in a café-style continuous distiller.
As for the current Date, which has been on the market since 2012, the ingredients section says “malt, grain” and it seems to consist of Miyagikyo malt, café malt, café grain, and Ben Nevis distillery grain.

Nowadays, it is relatively easy to find this whisky on mail-order sites (although it is a bit pre-priced, but…), so if you want to taste it while feeling the history of the Miyagikyo distillery, this is the bottle for you. If you go to a Miyagi Prefecture product exhibition in Tokyo, you can find it at a fixed price.

■Please check out the other articles about Miyagikyo.