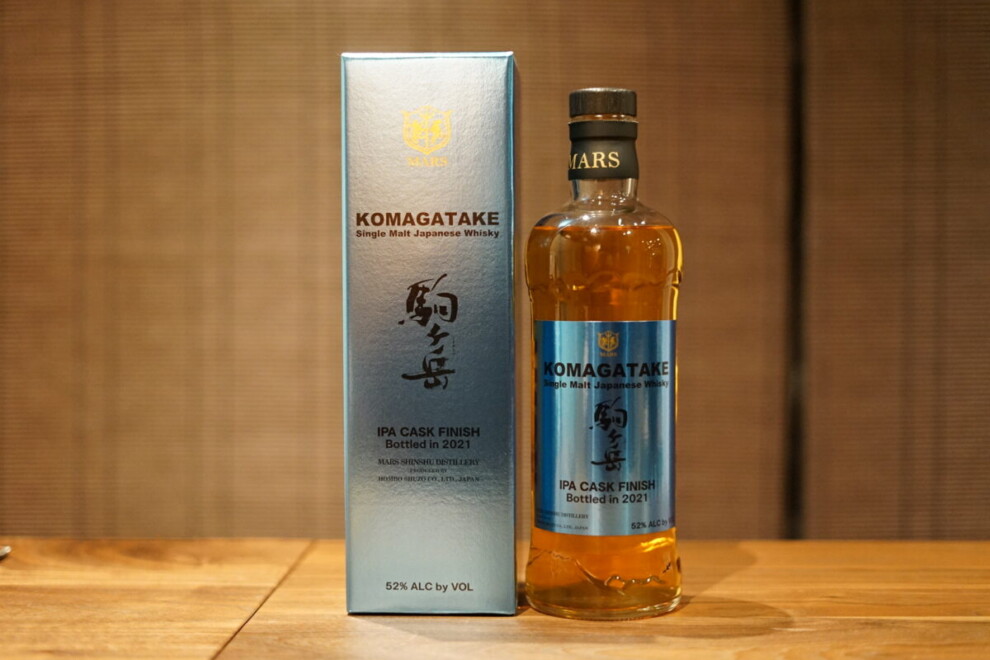 Komagatake IPA Cask Finish was released last year as well, and it is a very popular whiskey that is currently being sold at a pre-price of more than double the list price. This one is sure to be popular as well. The number of bottles is limited to 3,000.

“The Single Malt Komagatake IPA Cask Finish was also released in 2020 under the same name, and the product description and alcohol content on the official website are almost identical.
It would be interesting to compare it with the previous one. The flavors that assert themselves in both aroma and taste were slightly different.

This product is in compliance with the voluntary standards for Japanese whiskey established by the Japan Western Liquor Brewers Association, which came into effect on April 1. 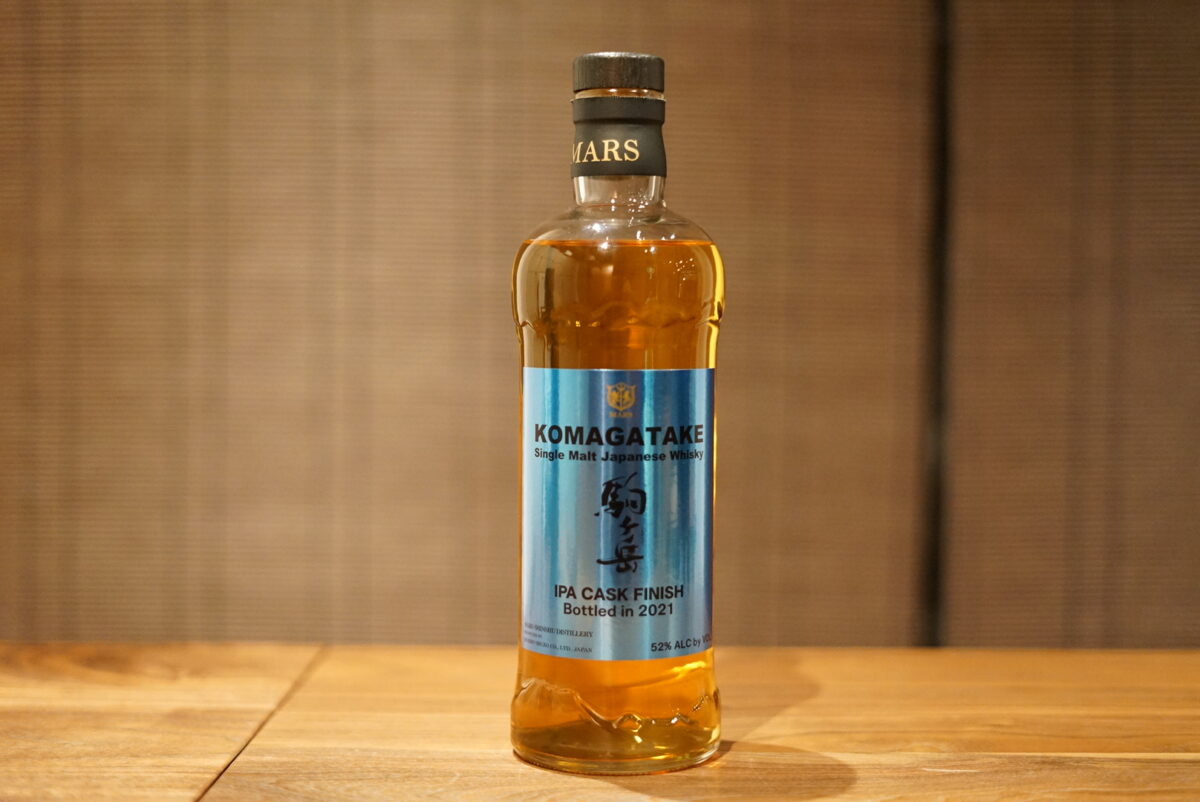 Single Malt Komagatake IPA Cask Finish is a single malt whiskey finished in an empty cask where India Pale Ale (IPA), a medium-dark beer brewed with plenty of hops at Minami Shinshu Beer Komagatake Brewery, was laid down. It has a refreshing citrus and herbal aroma derived from hops, a clear sweetness reminiscent of grapefruit and oranges, and a crisp bitter aftertaste, making it a perfect match for a highball.
Reference: Japanese Whiskey｜Single Malt Komagatake IPA Cask FinishBottled in 2021 Komagatake IPA Cask Finish was released last year as well. Of course, it was post-ripened in barrels where IPA was laid down, and I wondered if the taste was similar. I thought it would be similar to the IPA, but surprisingly, the hoppy taste was stronger than the previous one. I had the impression that the citrus, mint, and herbs were stronger in this one, and the herbal refreshment was more to the fore than the refreshment of the beer. It is delicious because you can taste the oaky aroma and oily feeling, but if you drink it with a strong image of “IPA” after drinking the previous one, you may feel a little uncomfortable. It’s hard to say which one is tastier, but it’s interesting to be able to sense the differences in their personalities even just by smelling them.
It’s hard to find this kind of unusual whiskey from other companies, so it’s definitely a whiskey you should try.

■Please check out the other articles about “Honbo Shuzo”.

[Review] "COSMO" MANZANILLA CASK FINISH Bo...
Cosmo Manzanilla Cask Finish was released in 2019 under the same name, and the product description and alcohol content on the official website are exactly the same.Manzanilla is...
[Review] Mars Whisky Malt Duo Komagatake x Chichibu ...
This is a blended malt whisky made by exchanging raw materials from Shinshu Mars Distillery and Chichibu Distillery. This is the first initiative of its kind in the Japanese whi...