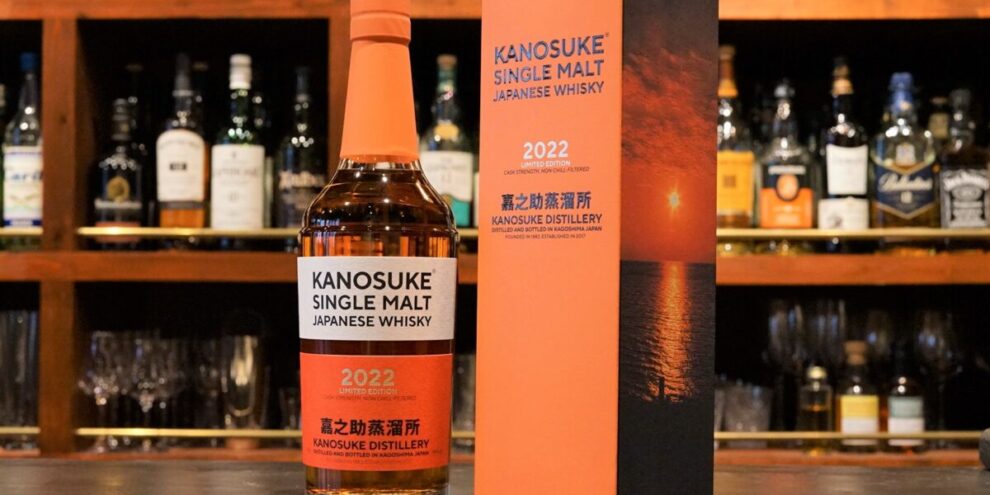 This is the third single malt Japanese whisky from the Kanosuke Distillery.

Single Malt Kanosuke 2022 LIMITED EDITION is made with non-peat malt and distilled between 2017 and 2019. Multiple casks were vatted for the key malt sherry cask-aged sake.

Bottled at cask strength, this is the long-awaited Japanese whisky using the original sherry casks.

The price is 13,750 yen including tax, the same as the first and second releases.

The Kanosuke Distillery stands on a 9,000 m2 site along Fukiage Beach on the west coast of Kagoshima Prefecture.
The U-shaped, two-story main building houses not only the distilling facilities but also a bar with a great view and a store selling original goods.
The distillery’s main features are There are three pot stills (large, medium and small). The distillery has two distillation facilities, each with a capacity of 6,000 liters. Each distillery has a capacity of 6,000 liters, 3,000 liters, and 1,600 liters, respectively.
Worldwide, craft distilleries (small distilleries) generally have two units. Whisky is usually distilled twice, and by using pot stills with different shapes of necks and angles of line arms at the top during the second distillation (redistillation), the aroma and flavor of the original whiskey can be changed more richly.
Fukiage beach, where the distillery is located, is one of the “Three Great Sand Dunes of Japan” and has been selected as one of the “100 Best Sandy Beaches in Japan. The beach stretches about 47 km from north to south, and strong winds blow in from the sea. It is hot in the summer and cold in the winter, with temperatures near zero degrees Celsius, and snow flurries are not uncommon. 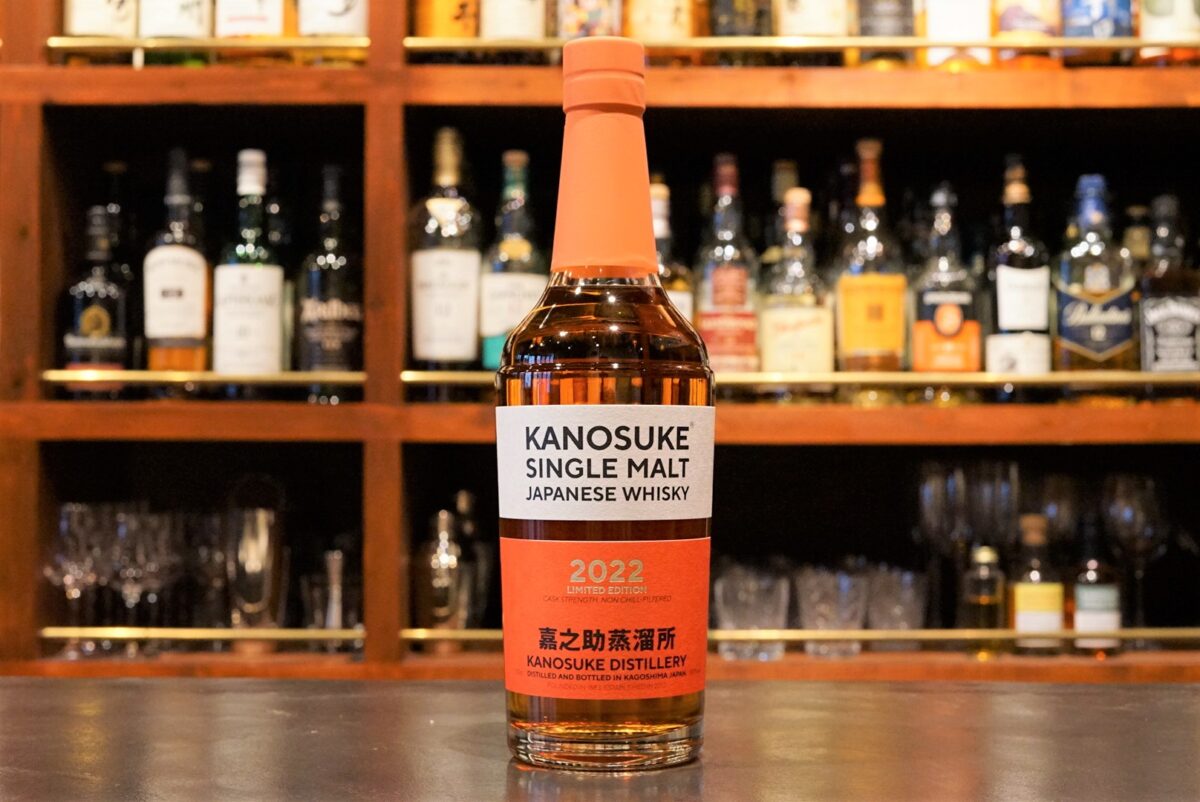 Single Malt Kanosuke 2022 LIMITED EDITION is a single malt Japanese whisky produced at the Kanosuke distillery from 2017 to 2019. It is made with non-peat malt and
The key ingredient is the original spirit matured in sherry casks, vatted in multiple casks, and bottled at cask strength.
The key malt is the original sherry cask-aged spirit, which imparts a full and attractive aroma.
Please enjoy the lingering taste like a sunset slowly sinking into the East China Sea. 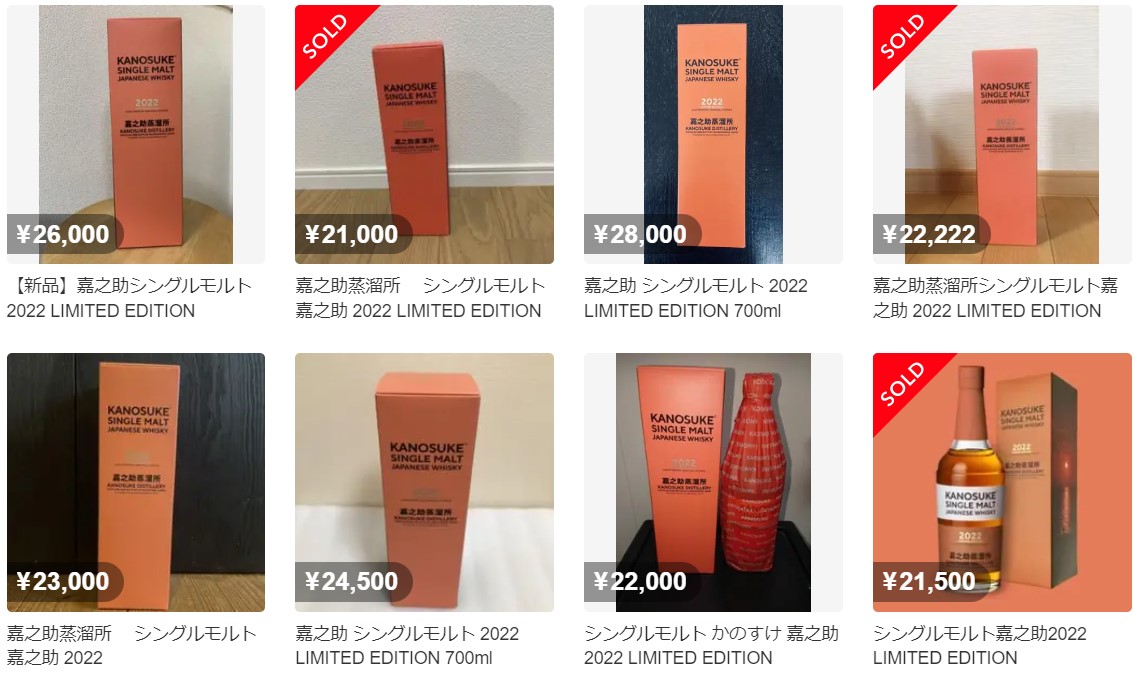 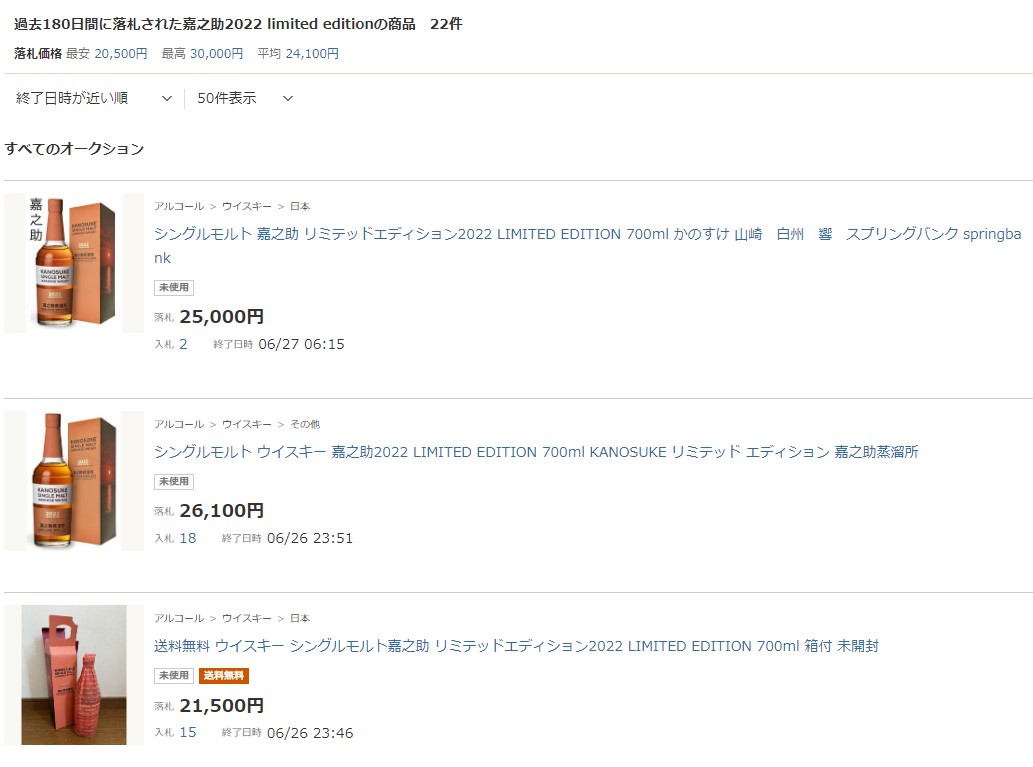 The “sunset” depicted on the side of the package and the “color and taste” of the whisky are a perfect match. The amber color is tinted red like a sunset shadow, and the color makes you feel as if you are in the twilight. The taste is long and lingering, and you can sense the elegant sherry casks.

One of the characteristics of Kanosuke is the distinctive packaging of each new release, which is one of its charms.

Please check out our other articles on Kanosuke. 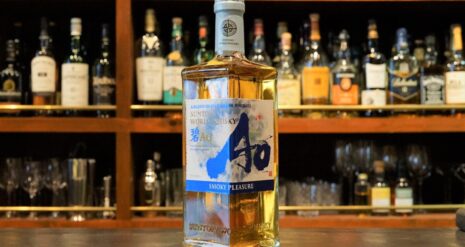