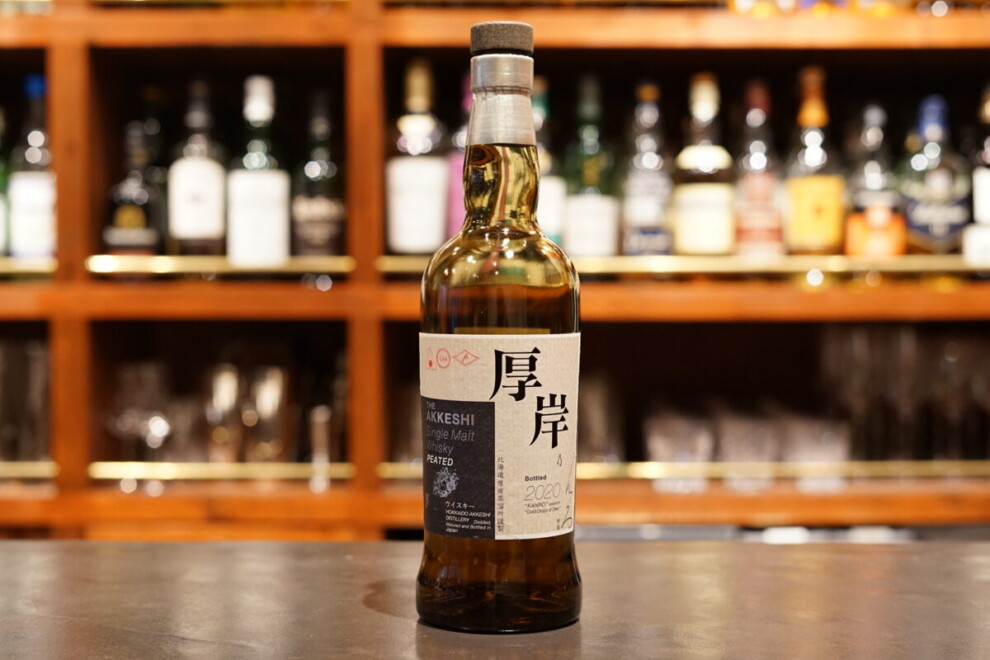 This is the first in a series of 24 seasonal festivals. This year’s “Kanro” is usually around October 8th, which means it is right around this time of the year.
There will be a total of 24 different varieties, and the single malt and blended varieties will be released alternately.
The next release will be a blended version.
The company plans to release three to four bottles of the 24 varieties per year. If the pace is 3 bottles per year, it will take about 8 years to complete the series. I would really like to complete the series.

The Akkeshi Distillery opened in October 2016 with a strong desire to “make whiskey like Islay malt using traditional Scottish methods. A wide variety of equipment is required for whiskey making, including pot stills (single-stage distillers) used for making malt whiskey and mash tuns (saccharification tanks) for saccharifying malted barley.
The Akkeshi Distillery installed equipment made by Forsythe in Scotland in order to realize its goal of “making whiskey like Islay malt using traditional Scottish methods. Forsythe’s craftsmen came to Japan to install the equipment.
As in the whiskey making process on the island of Islay, water that passes through a layer of peat is used for the brewing water, and the whiskey is matured day by day in Akkeshi, a place that is cool, moist, and exposed to the sea breeze.
The Akkeshi Distillery is the first whiskey distillery in Hokkaido in 80 years, following the Nikka Whisky Yoichi Distillery (Yoichi-cho, shirisibe District).
The area around the distillery is located in the wilderness where Ezo deer can be seen, and the water of the Homakai River is filtered through a peat layer and has a brownish color like the water on the island of Islay.
The land also seems to be capable of producing homemade peat using peat containing seaweed and peat containing plants.
In addition, the land is suitable for maturing whisky, with temperature differences between summer and winter exceeding 20 degrees Celsius and falling below -20 degrees Celsius.
Kushiro Marsh is protected by the Ramsar Convention, but if you build a distillery in the marsh, it will sink, so the foundation of the building must be 20 meters high. 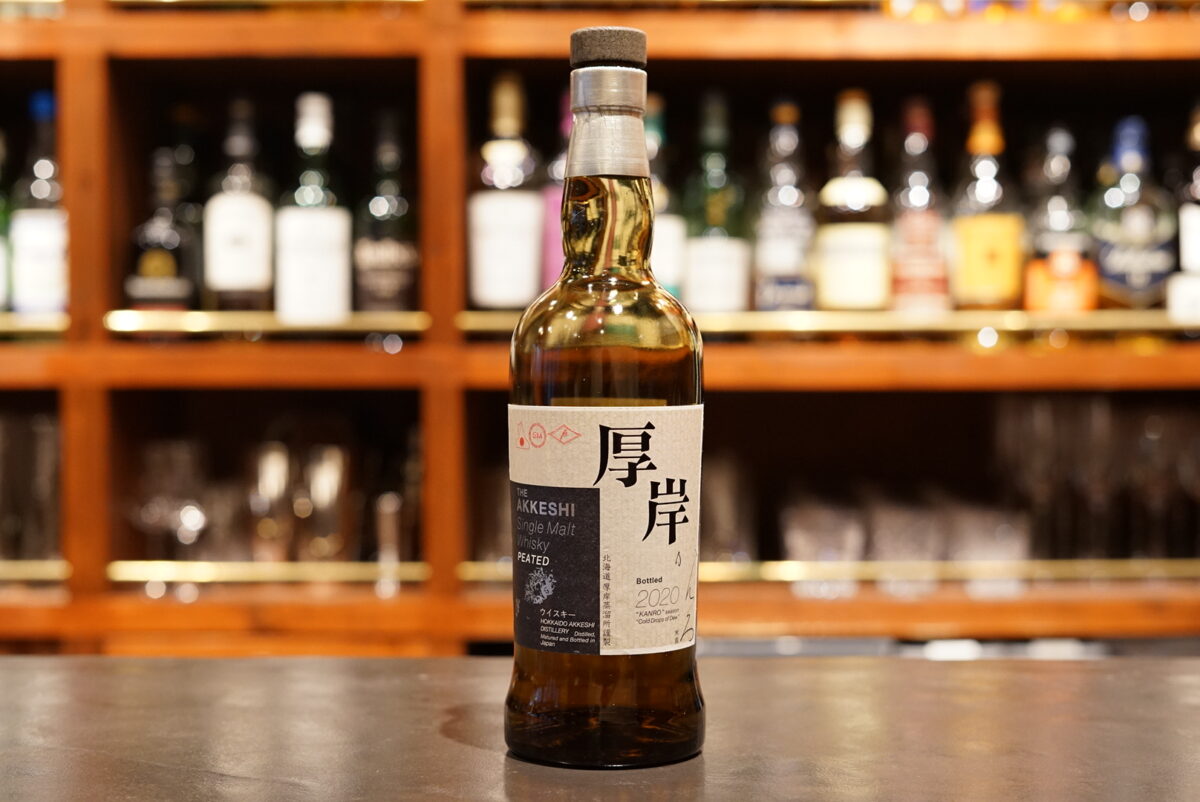 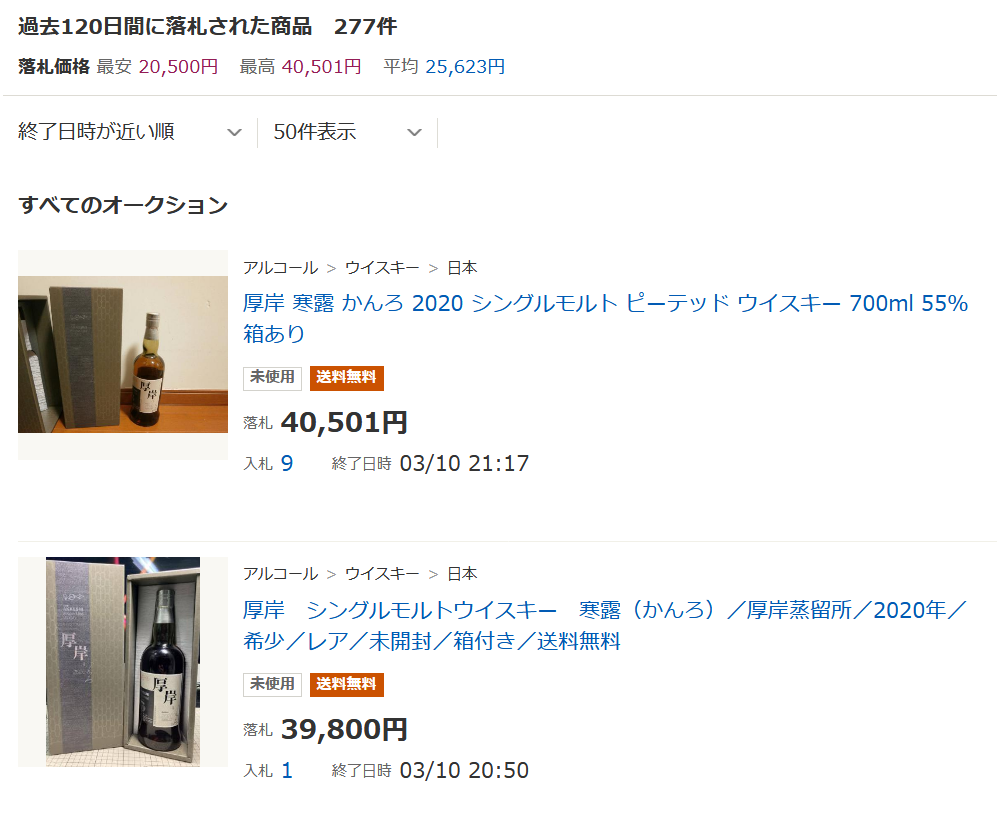 With an alcohol content of 55%, according to President Toita, it is about 30ppm smoky with a bitter sweetness lurking inside.
In the mouth, there is a spicy taste at first, but the sweetness also comes out later without the high alcohol content.
When watered down, it becomes quite mellow and delicious.

President Toita also informed me that the next release will have more peat than the current release. I’m very much looking forward to seeing what kind of whiskey it will be.
He said that his goal is to create an “all-star lineup” of barrels from the Akkeshi region, including refreshing breeze, peat, and Quercus, and he is steadily achieving this goal.
I can’t help but pay attention to the future efforts of the Akkeshi distillery, which is not a copy of Islay.

Please take a look at the other articles about the Akkeshi distillery.

[Review] AKKESHI Single Malt Japanese Whisky Boushu
The key malt is peated Quercus mongolica. The rich sweetness of the Akkeshi malt may attract fireflies. Please enjoy the early summer time with the malt grown up listening to th...
[Review] Akkeshi Single Malt Whisky Sarorun Kamui
This is the fifth release from Akkeshi Distillery. We've released four new make-ups that have been aged in barrels for up to 30 months, and we've finally reached three...